Web 3.0 (often written is web3) is the third and next iteration of how we use the internet. It focuses on decentralization via the use of blockchain technology, marking an enormous online shift regarding consumer behavior and content. An online world that is trustless, permissionless and greatly uses machine learning to its fullest potential. In this article we are going to focus on web 1.0/2.0 and 3.0 and how it’s going to change the way we surf online. 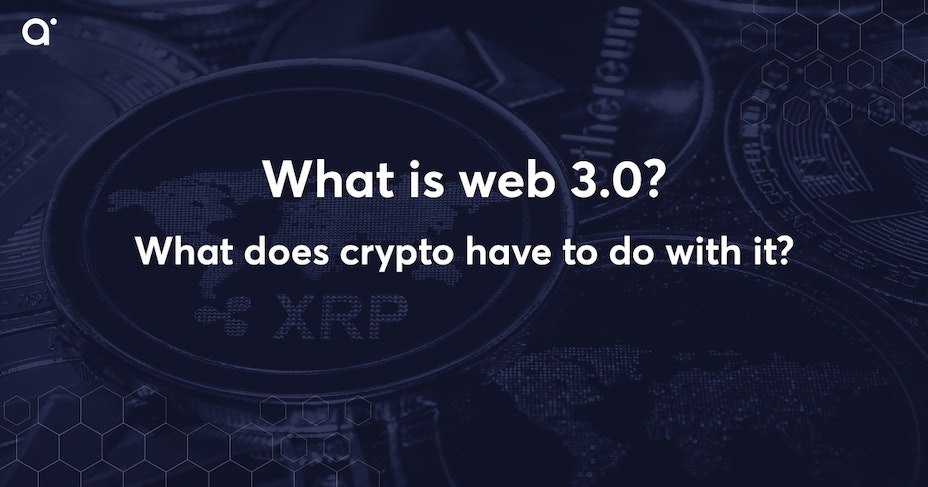 A lot has changed throughout the years for the world wide web. From landline connections to unlimited data and from Wikipedia to social media. Whether the internet evolved in a positive way differs from opinion to opinion, however, we can all agree that the internet has changed our lives significantly. With web3 it might be time for the next step. First, we are going to explain what the previous two iterations are with web 1.0 and web 2.0. So let’s start with, well, the origin of the internet itself.

In the beginning, internet was a tool. People went online and consumed the information that they found. It al started in the early 90’s when Tim Berners Lee would develop three important technologies. The three underlying technologies that he developed were:

From 1991 till 2004, the internet was ‘read only’, meaning that the entire internet was a collection of Wikipedia pages. Info only. No logging in or comments on an article. This, of course, also meant an era without ads or cookies. The internet was used to inform people. As time moved on certain interactive elements were added like Javascript or Flash.

Web 2.0 is the internet that we know today and evolved from 2004 until now. Web 2.0 is al about interactivity, data and the relation between the internet and us as a society. Throughout the years we started using Youtube, social media and Google and with these three giants came a lot of data. With web2, we weren’t just getting info from the internet, but the internet was also getting data from us. Some might argue that this was the turning point where we failed the great tool that was once the internet. Suddenly, it became about advertisement and (the lack of) privacy. In return for our data, the internet would serve us tailor made content. With web 2.0, two different users could visit the same webpage and both get different content. Take Youtube for example. Youtube knows whether you like sport video’s or gaming video’s. The video’s shown are tailormade thanks to your previous search history. Unfortunately, we now got big centralized companies using and selling our data. We became the product. Although to be fair, we are absolutely aware of these downsides but choose to accept the downsides of it anyway.

Alright, with that explained let’s dive into the meat of the article. So what is the next phase of the internet? You could argue that we steered clear of the internet’s initial intent, namely a way to enrich ourselves. Web3.0 aims to bring the power back to the people through the means of decentralization. Keep in mind that web 3.0 is still just a concept and can change along the way.

Somewhere along the way, we the consumer became the product. Social media is the actual owner of the content that we post and profits from our behavior. With web 3.0 we are the owner of our content through the use of blockchain. An example of this is with video. Currently, we can upload video’s online, but those videos can be removed if the video is against Youtube’s or Facebook’s policy. Envision an environment where you can upload any video you would like. If someone watches your video you earn tokens. In turn, those people can share your video with other people by essentially downloading and distributing it. It kinda works like a torrent network. The video is uploaded to the blockchain, meaning that there are no central servers. Every user has a copy of the blockchain, meaning that once a video is placed online, there is no way of getting it of the network.

Another aspect of web 3.0 is anonymity. Decentralized exchanges have proven that financial aspects like loans and yield farming can be down by connecting your wallet. No contact info that can be sold is required. DAO’s are proving that organizations can be run through governance tokens and not by social hierarchy. Web3.0 is a future where you can link your accounts to your wallet. You are just a random set of numbers and letters. Tip someone while keeping your identity private. Like a post anonymously just because you can. Web 2.0 was about you as a product, 3.0 takes the reigns back and gives the power back to the people. The power of privacy and the power of independent freedom.

In reality the first step will probably mean that you can anonymously buy groceries with your Ethereum wallet. But as we already mentioned, we need to properly think how we design and implement such innovative features before we dive headfirst into this new reality. Don’t forget that web2.0 has been evolving since 2004. Web3 needs to set its foundation and we would like to have front row seats.