We already dedicated some articles on the NFT phenomenon and the potential use-cases it could have. But for every brilliant solution, some are… less brilliant. So let’s take a look at the most ridiculous and most expensive NFT’s out there. Spoiler alert: it gets quite ridiculous and quite expensive. 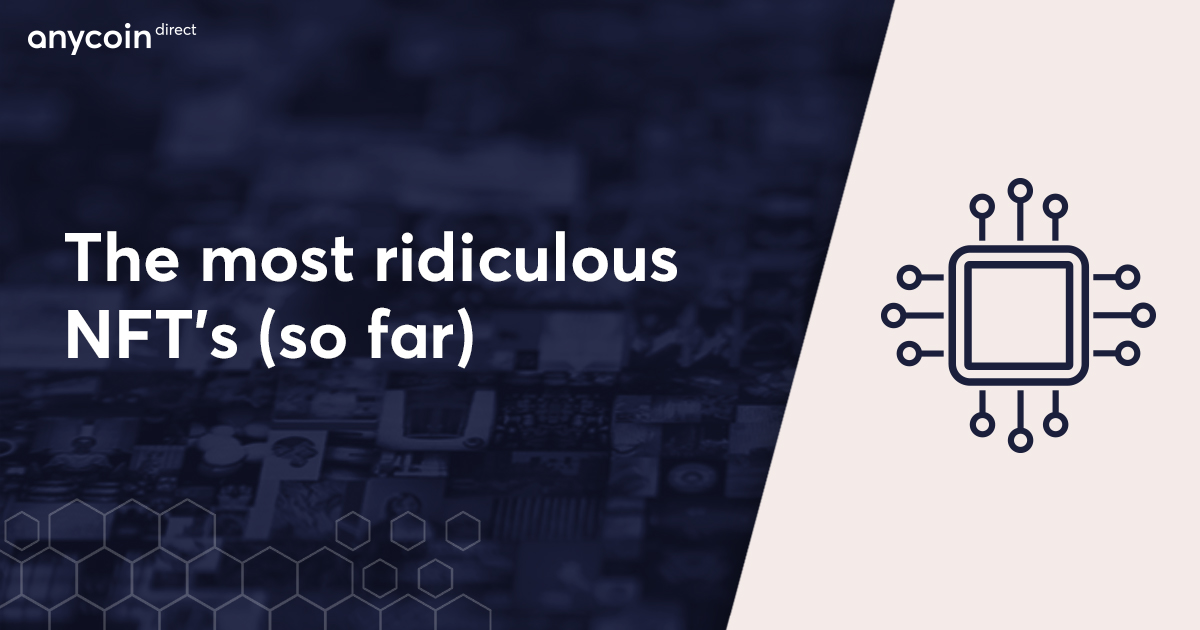 Alright, let’s start with the most famous one. Jack Dorsey, one of the most influential people in crypto, created an NFT of his first tweet. Once purchased, an EFT version of the tweet was minted, signed and transferred. Which tweet? This one to be precise:

just setting up my twttr


As you can see in the tweet above, Paul made over 3.5 million dollars in one day. You might be wondering, who’s the idiot now?

Introducing our newest Pringles flavor: CryptoCrisp, an exclusive #NFT flavor created by artist #VasyaKolotusha. Only 50 exist, all starting at the price of a Pringles can. Click the link to get your *digital hands* on one! https://t.co/JA6Bas4Ez0


But Gucci is not the only one. Atari, known for their retro gaming consoles, have created limited-edition shoe NFT’s. In these creations, they combined their love for video games, the movie Akira and Pong. Only five models are available and the current highest bid for one of them is 0.13 ETH (350 dollars).

I love this part of the internet so much you have no idea. 😂 pic.twitter.com/7qgG10Cc3G


The original Bad Luck Brian, a true classic meme, was pretty lucky when he auctioned his original picture via NFT. Kyle Craven got $36,000 for the yearbook photo.

Five friends learned about the NFT mania and decided to jump in. What were they selling? A 52-minute recording of them farting throughout the year. As of today, they have not sold the year-long ensemble. However, they did sell individual pieces including Fart#420, which they sold for 90 dollars.

I can confirm that Homer Pepe has just resold for ~$300K signaling the return of the Rare Pepe market and leaving @zippi101 "green" with crypto. Details on Homer Pepe's new home forthcoming. https://t.co/krvXBtU7Mt pic.twitter.com/sXbY9gicey