Polkadot has been one of the biggest projects in the crypto world for a long time now. Because we still receive many questions about this project, we have decide to clear things up for you with this article. The article will zoom in on the most common questions regarding the Polkadot ecosystem. 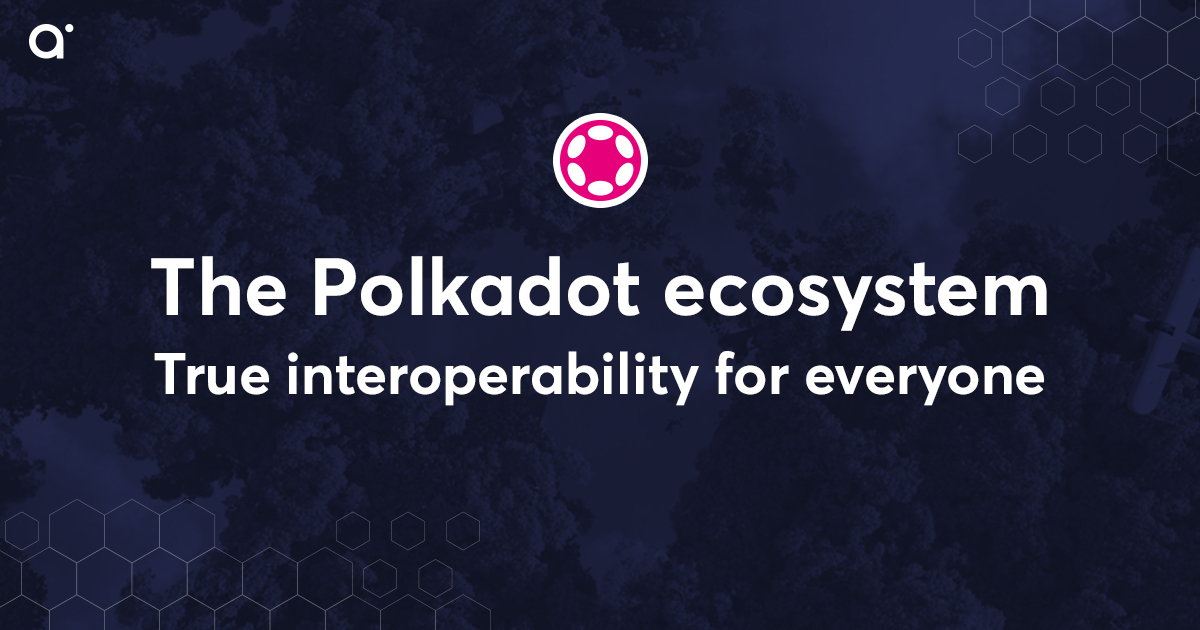 Polkadot is an innovative blockchain protocol that connects other blockchains, allowing value and data to be sent across previously incompatible networks. It’s also designed with scalability in mind - meaning you can expect fast transactions on this blockchain.


The Polkadot protocol was created to allow unrelated blockchains such as those from Bitcoin and Ethereum to talk securely with each other. It’s also designed for speed and scalability by using many parallel chains called “parachains' which take much of the processing demand off the main blockchain. The Polkadot DOT token is quite interesting, as it both functions as a governance toking and staking token (which verifies transactions on the network.)

Blockchain Interoperability can be understood as the process by which two or more networks interact, providing a mechanism for communication between them in order to exchange data and information. This would all be possible without requiring direct access or control over the other blockchain.


It's the ability to see, access and share information across different blockchains or networked systems. Projects want interoperability so they can make their process easier by having all transactions occur in one place without any fabrication of data. In addition, it increases transparency. It should be noted that implementing these features also helps to increase communication rates between networks. Since most blockchains can’t communicate with each other, you can imagine how much people were stoked on hearing about this new interoperable blockchain.

Polkadot was founded in 2016 by Gavin Wood, the former Co-Founder of Ethereum. Polkadot launched on may 26, 2020 with help from The Web3 Foundation as its primary research organization. You could say they the project is started by some of the blockchain industry’s foremost builders. Together with Robert Habermeier and Peter Czaban (both heavy weights in the crypto scene) the Polkadot ecosystem has been born.

How is Polkadot structured?

The Polkadot network is an exciting and innovative approach to building a blockchain ecosystem. It includes one main, core chain called "the relay" which you can use for transactions or build your own parallel chains.These applications couldn’t be done on the Bitcoin network. For example: designing tokens etc., plus they connect all these different blockchains together through this connecting layer so value isn’t lost during transferations between them

How does Polkadot work?

With the many parachains doing all of this work, Polkadot can process more than 1,000 transactions per second. In contrast to Bitcoin which has an average rate around 7 and Ethereum with 15 TPS (Transactions Per Second), it's able to handle over 2 thousand times as much information. As the network grows and more parachains are added, Polkadot should become even faster and faster.


Parachains are specialized blockchains that connect to Polkadot. They have characteristics specialized for their use cases and the ability to control their own governance. This enables highly scalable systems with many more transactions processed in a given time period than if they were all executed on one chain.

How does staking work?

The Polkadot network uses a proof-of-stake consensus mechanism (as opposed to Bitcoin's famous proof-of-work) which secures the transaction verification and creation/distribution of new DOT tokens. There are several ways that holders can interact with staking - depending on their time commitment and technical knowledge.

One possibility is becoming a validator. A validator does most of the work when it comes to securing the network. To become a validator, you need to run an active and reliable node with little downtime that stakes substantial amounts of your own DOT.


Staking allows you to verify transactions, add new blocks of transactions onto the relay chain and potentially earn newly created DOT. The downside is that if you make a mistake, act maliciously, or even have technical difficulties, your staked DOT can be slashed as punishment (meaning you can lose the staked/bonded tokens).

Nominators allow regular investors to participate in staking indirectly. You can delegate some of your DOT by trusting a validator to follow the rules. In return, you will get a small piece of the pie when rewards are paid out (staking). Be careful who you choose though! If the validator breaks the rules you won’t get any rewards You will also be able to lose some of your staked funds.

There are two specialized roles that typically require less of a commitment than becoming an official validator, but on the other hand, do require more technical skill. The so called: collators. Collators keep track of parachain transactions and submit them to the relay chain's smart contracts for verification; Fishermen (examiners) help find bad behavior across our network.


Staking and participating in the network via any of these roles may allow you to earn DOT rewards, which gives a say about how it operates. The more time spent with your tokens on this platform, the more DOT tokens you will acquire. Meaning that you have an opportunity for greater influence than others when it comes to voting power.

That’s all for now. As always, stay tuned for the latest news and developments in the Polkadot ecosystem! And don’t forget to follow us on Twitter so you can keep up with all our announcements. For more upcoming news about the Polkadot ecosystem and be sure to check out our website for more in-depth articles about blockchain technology and its many use cases. Thank you for reading!