Cardano's Vasil hard fork is a long-awaited update that will be launched on 22 September. Cardano fans are relieved that the update is finally here. What is the Vasil update? And what will change with the Vasil update? 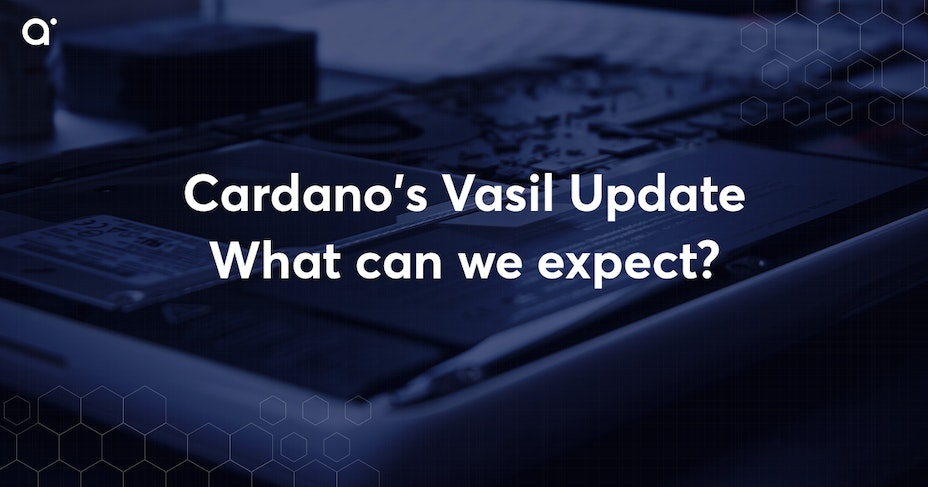 About the Vasil update

What is the Vasil update?

The Vasil update is a hard fork that will be implemented on the Cardano network. The update is one of the biggest updates. The update will ensure that the capacity and speed of the network will increase significantly. In addition, the focus is also on improving usability for developers, to make it easier for Cardano developers to create decentralised applications on Plutus (coding language). A hard fork is a split of the existing blockchain. In other words, a literal turn is taken, causing the network to continue in a different way. In theory, the code in the protocol is modified. In addition to a hard fork, there is also a soft fork. A soft fork is such a small update that it has little impact on the users, in contrast to a hard fork, which has a large impact on the users.

Vasil is part of the Cardano Improvement Proposal (CIP), which is a series of different updates that improve the network. The CIP updates are performed on smart contract writing language Plutus, with which Cardano is built.

The update consists of four core aspects that need to be addressed. These core aspects are the reduction of latency of block transmissions and the introduction of diffusion pipelining. Diffusion pipelining is a feature that improves the preprocessing of new blocks and increases throughput. In practice, it improves the process of sharing information about newly created blocks between network participants.

There are four core aspects (CIPs) that are implemented during the Vasil hard fork. The CIPs to be implemented are:

The CIP31 implementation allows developers to refer to inputs from now on, allowing them to see the result of the output without having to issue it. Storing information on the blockchain can be done using data in transaction outputs. Vasil allows developers to refer to this information without having to use the output. This optimises transaction throughput and increases concurrency.

The second CIP called CIP 32 is an extension of CIP 31. The implementation makes it possible to link dates to output instead of to date hashes. The advantage of this is that the full date is not required to complete the process, allowing developers to code scripts and refer directly to inputs.

The implementations mean that developers currently working on Cardano have to learn the new concepts, as it works differently to how Plutus is currently used.

The implementation on 22 September

22 September is finally the day! Charles Hoskinson (the founder of Cardano) has named this date as the launch date. For the Cardano community this is a relief, as the update was supposed to be launched in June, but according to an ADA developer testing problems prevented this. However, Charles Hoskinson has denied the rumours.

What effect will Cardano's hard fork have on the price?

The most important question investors want answered now is: what will Vasil do to Cardano's price? The answer to this question is actually impossible to give, because there are several aspects that drive the price development. The update is important, but that does not mean that it will immediately drive the price upwards. This is because Cardano's price is largely dependent on the entire crypto market. With all the financial uncertainties surrounding the inflation crisis and high energy prices, the crypto market is currently in a phase where not much is happening in terms of price development. As an example, BTC continues to move around $20,000 and we see no real breakout up or down.

You can also look at Cardano's previous major update. The update Alonzo introduced smart contracts on September 7, 2021. At that time, we did not see the price rise, but fall because the whole crypto market was not doing well. Therefore, it is difficult to draw the right conclusion. What we can conclude is that the update improves the network, which benefits all users of the Cardano network and the entire blockchain technology.