You might have heard about them recently, Non-fungible tokens (NFT’s) are currently taking over the world by storm. Digital artists can now sell their art directly to customers, and connect with their fans through NFT’s. In this article we will explain what this NFT hype is all about, and teach you about the fundamentals of Non-fungible tokens. 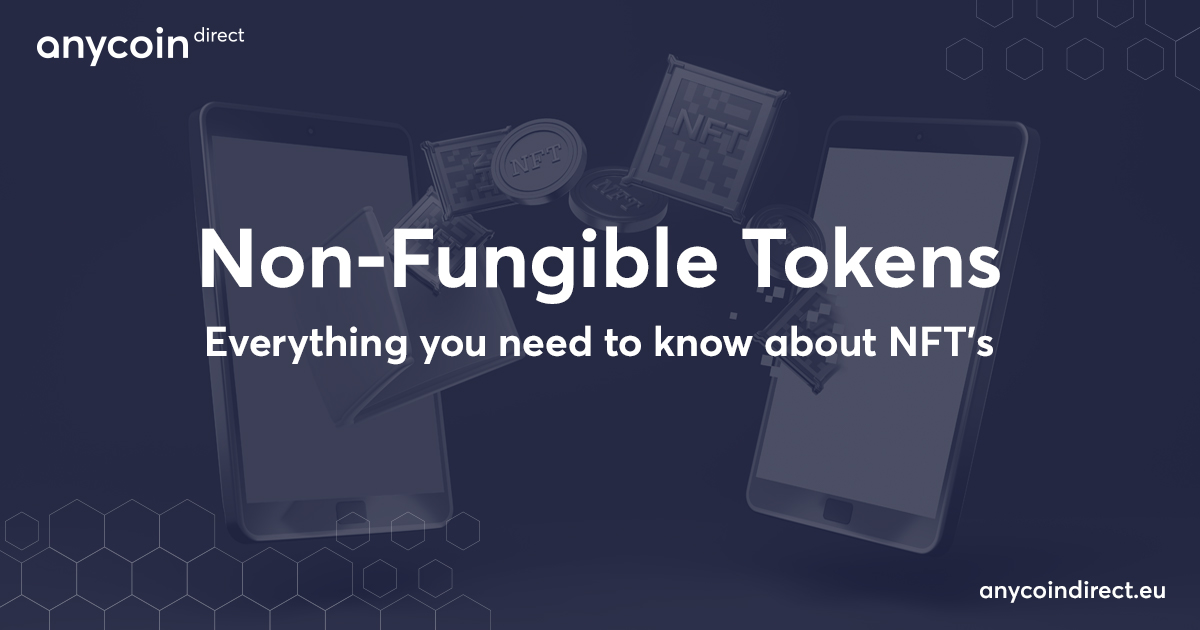 What is an NFT?

A Non-fungible token (NFT) is a token that is used to represent ownership of a specific digital item. Meaning you will be the only owner of a specific item. There can only be one owner at any given time. NFT's are stored on a blockchain. This means you will have an official record of ownership whenever you purchase an NFT. NFT’s could come in handy for digital artists, musicians, gaming companies and even sport clubs.

How do NFT’s work?

At first glance, people might think that NFT’s don’t make any sense. I mean, why would you pay thousands (and sometimes millions) of dollars for digital art? You can look at it like this: Why is a painting from Vincent van Gogh worth millions of dollars? The simple answer is: Because they are one of a kind. This also applies to NFT’s. Whenever you create an NFT this means that a specific piece of art will permanently be stored on the blockchain as the original first of its kind.

You can see NFT’s as digital artwork which can be tokenized, bought, and sold, and sometimes used (in the case of gaming). Since all information about this digital item will be permanently stored on the blockchain, this means you will have indisputable proof of ownership forever. This is what makes NFT’s special.

Since many artists can now directly sell their music, art, and literally anything they want through blockchain technology, the middleman (labels, management teams, etc.) can be cut out of the equation

What is stopping people from copying NFT’s?

Since NFT’s are digital, many people think that stealing an NFT is easy. Of course, stealing the picture of the NFT is easy. However, stealing the code that makes the NFT unique is impossible. For example, downloading (or stealing) a picture takes no effort. However, proving you are the original owner will be impossible. Since all data is stored on the blockchain, and the blockchain will confirm that a buyer is a real owner (or not), the thief will never be able to sell the work for the real price. You could see it as an autographed guitar from Jimi Hendrix. Of course, it is easy to make a fake replica of a signed guitar by Jimi Hendrix. However, only the real autograph has value. This is the same with digital art.

How do you make an NFT?

Creating an NFT is usually very simple, depending on the platform you are using. However, in the basis, it works the same on most platforms. Since creating NFT’s costs money, you should always have enough capital to mint (recording information into the blockchain) the NFT.

In most cases, you can simply click ‘create NFT’, fill in all the information and upload your artwork. After this process, you will have to mind the NFT, and there you go. You just created your own NFT. After successfully creating your NFT, it's time to market it. Of course, people won’t buy our NFT without a reason. The most challenging part is creating an interesting and relevant piece of art that consumers want to own.

Of course, there are exceptions. If you happen to be a celebrity by any chance, making profit with NFT’s will be a lot easier. For example, Jack Dorsey (CEO of Twitter) sold a photo of his first tweet ever for over $2.9 million dollars. Naturally, you and me wouldn’t have been able to sell our first tweet for this staggering amount. However, a generous Jack Dorsey has stated that all the earnings from the NFT would be donated to a COVID-19 charity.

The future or a hype?

In the past year, NFT’s have exploded in value, with many projects becoming unavailable for any ordinary Joe. Think about Crypto Punks. A project that has exploded in value and is now too expansive for most people. Some might say, that CryptoPunks are overrated and that there is no basis for the current value. Some say this bubble might burst one day, and people will be left with useless JPG files.

However, others say that NFT’s will become the future. Just think about it, why is Mona Lisa’s estimated value around €500 million euro’s? This is because we attribute this value to this specific canvas, and not because the materials used were so expensive. In other words, you can become digital owner of a specific artwork through NFT’s.

Whether or not NFT’s are just a hype, or the next big thing is something that is impossible to answer. However, we do know that blockchain technology offers a great number of possibilities when it comes to buying and selling digital artwork. For now, we wish you good fortune with creating, buying, and selling your own NFT’s.

We will help you step by step!