Last year, the usage of Uniswap exploded. The decentralized exchange is now an established name in the crypto world, with over $500 billion traded on it. Last weeks, we discussed the expectations of Ethereum, Cardano and Dogecoin for 2022. Today, we discuss what to expect from Uniswap in 2022. 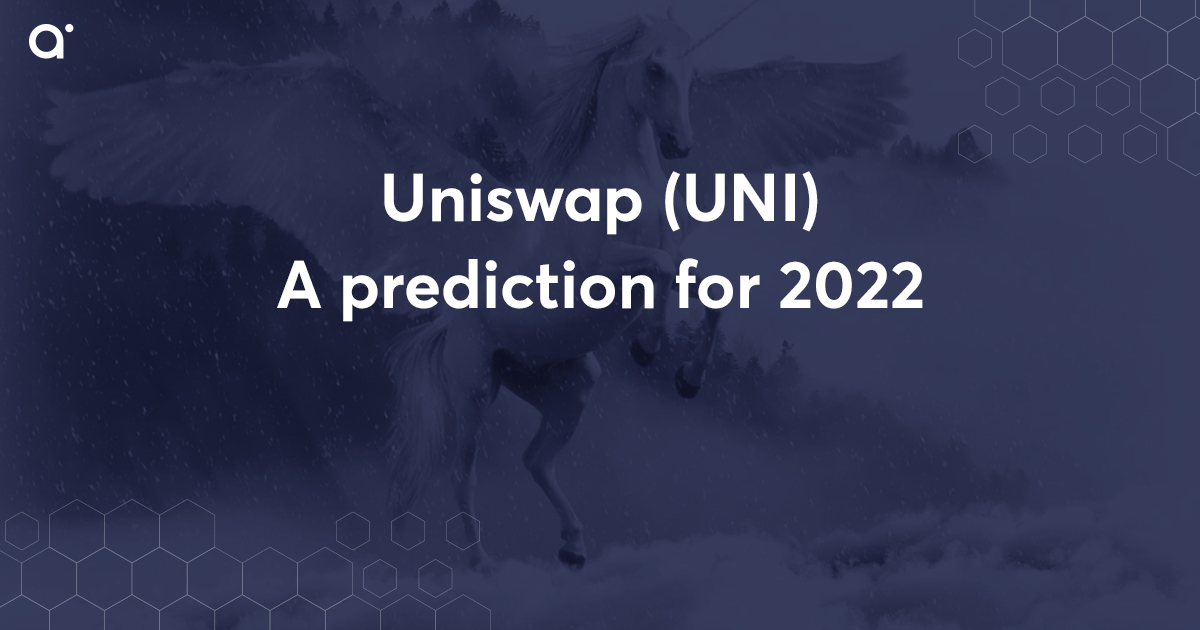 Uniswap is a decentralised exchange and is also known as a DEX. Their platform was launched on Ethereum's mainnet on 2 November 2018. As a DEX, Uniswap facilitates trading between ERC20 tokens, which are tokens issued on Ethereum's blockchain. On Uniswap, tokens from Chainlink, Tether and Aave are tradable.

By using smart contract technology and a simple user interface (UI), users can connect to web 3.0 wallets, such as Metamask. This allows you to trade crypto-currencies easily from your internet browser.

Uniswap will only be tradable from 2020, which means that the coin of Uniswap, called UNI, does not yet have a long price history. Despite Uniswap's relatively young price history, its price has already established itself in the top 20 cryptocurrencies in terms of market capitalization.

In 2020, a new bull run unofficially began and Uniswap took full advantage of that momentum. Because Uniswap was the first DEX to work so well, the price rose by thousands of percent within a short period of time. To put the price developments of the past two years into perspective, we have compared the all-time highs and all-time lows.