Algorand is a unknown top 30 coin in CoinMarketCap. You often read a lot about the bigger coins like Bitcoin, Ethereum and Ripple. But Algorand is worth highlighting. They have introduced a new consensus algorithm called PPoS and the blockchain has been adopted nationally. What is Algorand and what can we expect from ALGO's price? 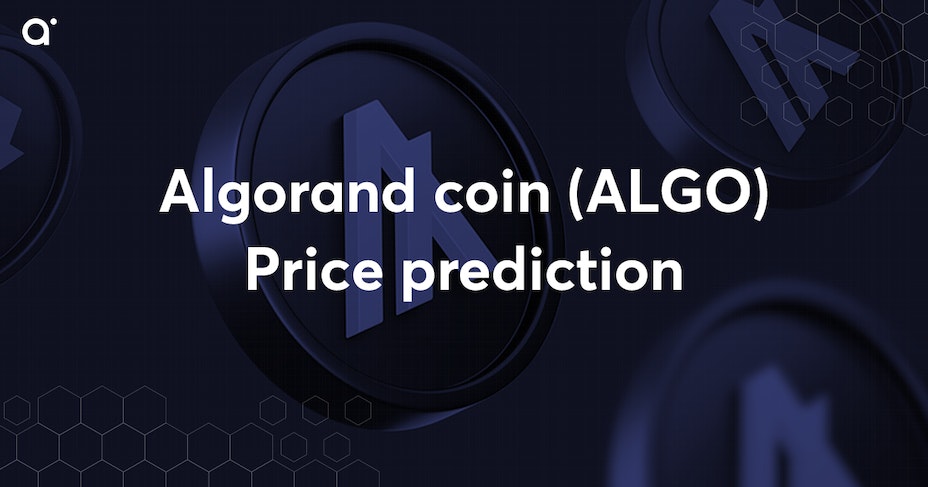 Algorand is a cryptocurrency with its own blockchain. This means that they have built their own blockchain and work with their own consensus algorithm. The consensus algorithm is called Pure Proof-of-Stake (PPoS) and is unique from the traditional Proof-of-Stake (PoS) algorithm, which Ethereum and Cardano, for example, work with. With traditional PoS, you have to lock (stake) coins to help the network add new blocks to the blockchain. With Algorand, this is not necessary. Namely, anyone who owns Algorand's coin called ALGO helps the platform during the validation process (validating new blocks and approving transactions). As a reward for hodling ALGO coins, you get paid between 4-6% per year in ALGO coins.

In 2017, Turing award winner (a Nobel prize for computer science), Silvio Micali, founded Algorand. In doing so, he introduced the Pure Proof-of-Stake consensus algorithm. Unlike first-generation consensus mechanisms such as Proof-of-Work and Proof-of-Stake, Algorand's technology manages to validate a block within seconds and aims for transactional finality without the need for forks.

In 2020, it was announced that the Marshall Islands is using Algorand's blockchain to become the first country to launch a digital currency called the Marshallese sovereign (SOV) as legal tender. The SOV should help the country operate efficiently in the global economy alongside the US dollar. The Marshallese government oversees the coin and will put 4% more coins into circulation every year to keep inflation under control.

Why did they choose Algorand's blockchain?

Algorand's speed, scalability and security were reasons for SFB Technologies to choose Algorand's blockchain. In addition, they think Algorand's protocol helps implement two of the most essential features required for a national digital currency:

The distribution of Algorand

The first sale of ALGO coins took place in June 2019. At a Dutch auction, 25 million ALGO (0.25% of the total supply) were sold for $2.40 per ALGO coin. Over $6 million was raised during the sale. At the time, buyers could sell their coins back to the foundation within a year, at 90% of the purchase price.

The sale went hand in hand with the launch of Algorand's mainnet. During the launch, 10 billion ALGO coins were created. 25% of these were allocated to the founders and the Algorand Foundation, to further Algorand's development. The rest of ALGO was distributed through, rewards, airdrops and auctions.

Algorand's price has fallen sharply since it was issued in 2019. During the first sale, the price for an ALGO coin was $2.40 per coin. The coins fell sharply from then on. On 13 March 2020, the coin reached its lowest point. Then the price dropped to $0.10 per ALGO. Even the announcement that the Marshall Islands will use Algorand's blockchain for a national digital currency did not change the price. However, Algorand's price did benefit from the bull market in 2021. In September 2021, Algorand even managed to reach a price of $2.38. After the bull market, the share price fell sharply again. By the end of 2022, the price remains hovering around $0.30 per ALGO.

What the price will do in the future is difficult to predict. It depends on the status of the market and external influences impacting it. Nevertheless, there are companies that do price expectations, despite it being difficult to predict what a coin will do in the long term. Tradingbeasts,  Cryptopredictions and  Digitalcoin have done price expectations for ALGO in 2023, 2024 and 2025.

At Anycoin Direct, you can buy ALGO quickly and easily.