One of the core strengths of Blockchain technology is that it is transparent. However, some people wish for a more private situation. This is why cryptocurrency mixers (or Tumblers) have been invented. In this article we will explain what it means plus the pros and cons of this much debated service. 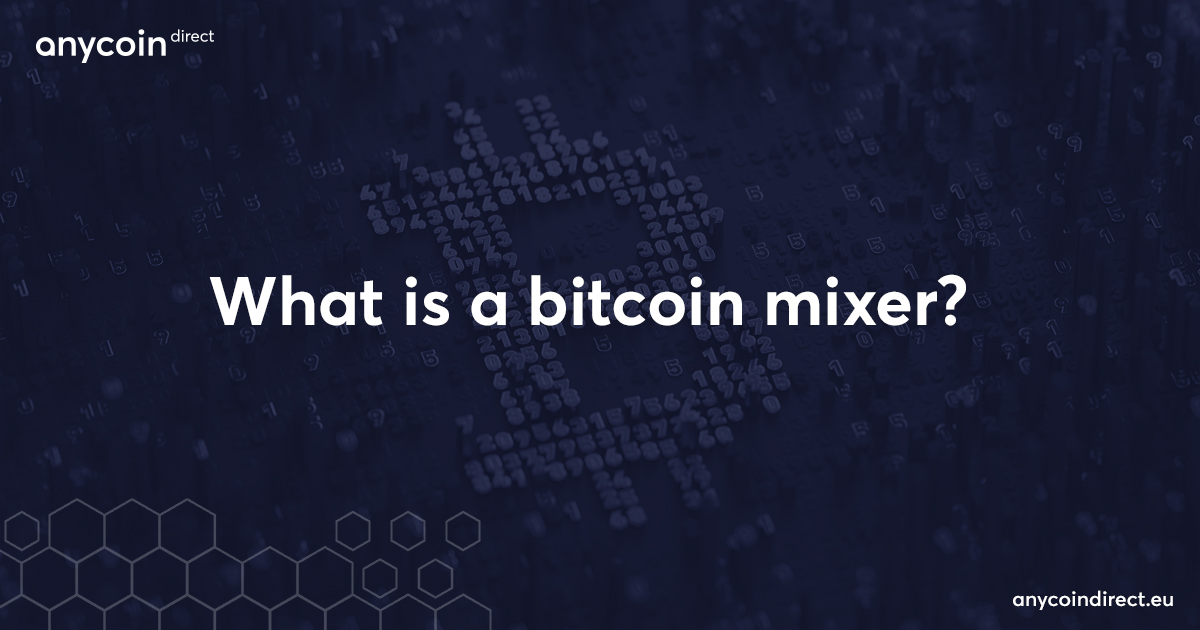 What is a Bitcoin mixer?

First things first. A mixer (or Tumbler) is a service that mixes different streams of cryptocurrency in order to further anonymize a transaction. This is usually done by pooling many transactions of the same coin for an extended amount of time before sending it back to its original owner. Since all transactions on a blockchain are public, this means somebody with the knowledge of your wallet addresses can trace all of your previous transactions. Mixers have been invented to decrease the publics knowledge about previous transactions. Whether that is positive or negative has been heavily debated.

How does a mixer work?

A mixer usually works in a way in which all transactions are pooled. Within this pool, funds will be moved and transferred at random times within this closed system. Repeating this process will make it harder and harder to trace exact coins. The pool will be divided into so many transactions that the original source can hardly be traced anymore. Most of the times, this process is executed on the Bitcoin network, hence the name: Bitcoin Mixer. In some cases, the Bitcoin is also converted to, for example, Monero, sent via the privacy method and then converted back to Bitcoin. The Bitcoin Mixer charges a fee for its service, which is often a percentage of the deposit.

Using a crypto mixer is often associated with criminality. Some criminals have used mixers to launder their coins. However, this isn’t always the case. There can be, however, other motives for a person to use a crypto mixer. For example, some people get paid in Bitcoin, people who know their addresses will be able to see how much they earn, where they spend it and how much they spend. Since most people value their privacy, this alone could be a reason to use a tumbler. How would you feel if your friends and family could see every transaction you make? Privacy was and still is an important factor for a lot of people.

Bitcoin mixers are now being targeted. Anonymity itself is slowly being considered a crime. The word "Privacy" will soon mean "Criminal Intent".https://t.co/BN9eM3yozb

Centralized mixers are just a service that accepts bitcoin payments from any user, and mixes it with different coins. After the coins have been mixed, they will be sent to the desired wallet address of the user. After mixing the coins, the trail to the original coins will be very hard to track. However, it is not impossible. The more people that use a service like this, the more difficult it will be to identify the original owner. Centralized mixers work very well, however they can have flaws that doesn’t make it 100% safe to use. The first issue is that the sender of the coins, will have to trust the service with its privacy. If the centralized mixer were to hand over this information to the government, the transactions might still be traceable. The second big risk is that the mixer could in theory take all of the coins, mix them, and never send them back to the desired address. Since blockchain transactions are non-reversable and the networks are often decentralized, there is no way to get your funds back if this happens.

A #bitcoin mixer or tumbler is an external service that can #obfuscate the data linking you to bitcoin transfers.

There are currently no real laws that prohibit people from using a Bitcoin mixer. However, the funds that are being used during the mixing could be illegal. The sender will never be able to know. The crypto sphere is relatively new and with all new markets, there are people trying to abuse it. From black markets to child pornography, people with bad intentions are more inclined to obfuscate their transactions. We recommend you to be careful when using Bitcoin Tumblers/Mixers. Remember to always do your own research!

Check out all our Cryptocurrencies.