The crypto market took quite a big hit on the 21st of June, following the negative news surrounding China and its ban on cryptocurrency mining. With Bitcoin declining more than 25%, the altcoin market quickly followed. Some people dubbed it the official start of the bear market. But with a hard fork on the way, and a $50M dollar investment, one particular coin bounced back rather quickly. 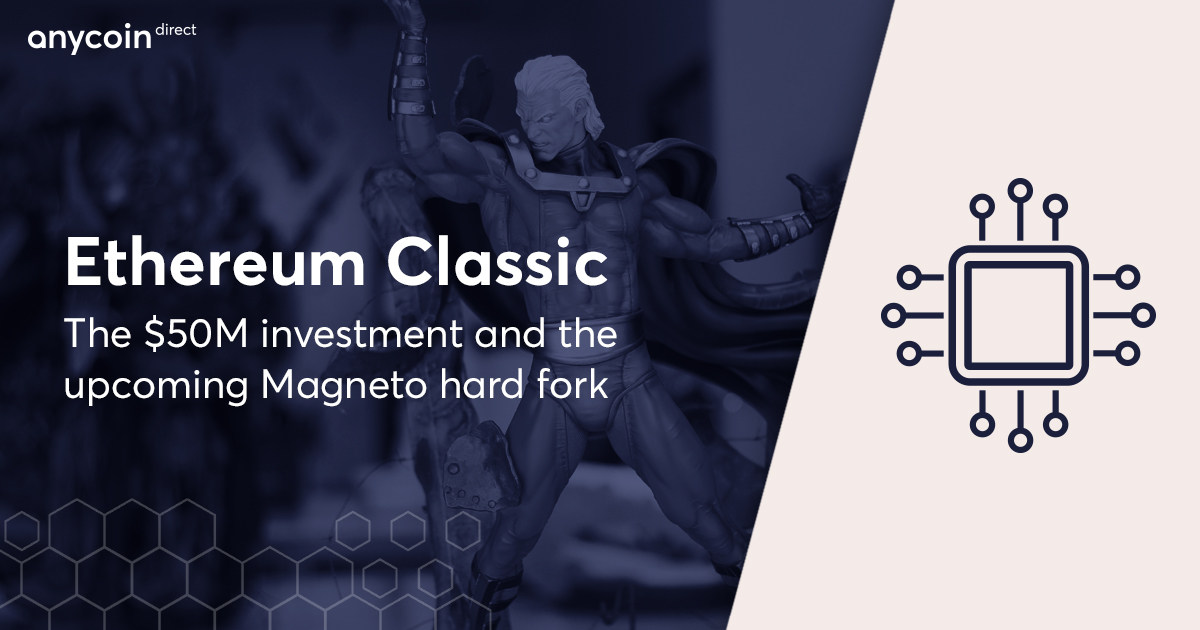 On the 21st of June, the Digital Currency Group (parent company of Grayscale Investments) announced that they authorized the purchase of $50M dollars’ worth of shares in Ethereum Classic Trust. These trust shares are not your everyday crypto, but come in the form of traditional securities (typically bonds). The announcement was pretty ill timed, as the entire crypto market took a heavy hit that day. Ethereum Classic dropped almost 23% on the day of the announcement. As time progressed (and with Bitcoin dropping below the 30k mark), certain coins slowly found their way back up. Particularly Ethereum Classic picked up the pace when its developers announced a hard fork on June 28th.

The company has been making a lot of waves lately. In the next article, we will take a closer look at the New York based investment company.

Later this month, ETC will initiate the hard fork called ‘Magneto’. The update will add four Ethereum Improvement Proposals (simply called EIP’s) that were also included in Ethereum’s Berlin upgrade. For those out of the loop, Ethereum Classic is the result of a blockchain split that happened in 2016. The two currencies that came out of the split were Ethereum and Ethereum Classic. With Ethereum’s Berlin upgrade completed, its counterpart can see what works and what doesn’t.

The four EIP’s will introduce the following aspects:


Beta tests have already begun. The update can be deployed, once the test have been deemed successfully (which is expected at the end of this month). The developers of Ethereum Classic asks of its community to upgrade their nodes to the latest Magneto upgrade. If you use a service, make sure that it supports the latest hard fork. One thing is certain, exciting times are ahead for Ethereum Classic. Only time will tell whether the price of ETC will continue to rise awaiting this new upgrade.

Read all you need to know about it on our Ethereum Classic Overview Page.