11 March 2022 may go down in the history books as a historic moment for Ripple. A major victory was won over the SEC (Securities and Exchange Commission) in the US court case. Judge Analisa Torres dismissed the motion filed by the SEC, which caused the price of XRP to increase by 15%. 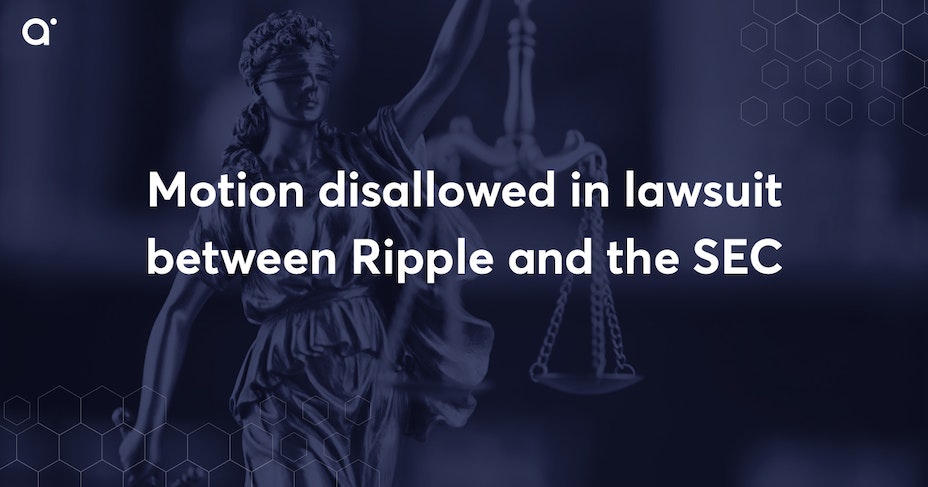 Why has Ripple been sued by the SEC?

In December 2020, Ripple was sued by the SEC because they believe that Ripple is a security and not a crypto-currency and therefore subject to US federal securities law. According to the SEC, Ripple did not clearly state why they did not need to register the sale of XRP, thus violating the US federal securities laws. According to the SEC, Ripple was not allowed to sell its XRP coins without permission from the SEC. Of course, Ripple denies this and states that XRP is a crypto currency just like Bitcoin and Ethereum and therefore exempt from this law.

In the past, the indictment has had a negative price impact and confidence in Ripple has dropped significantly. In December 2020, the value of XRP fell by more than 72% within a month. A good outcome is important for Ripple to regain confidence from investors and companies.

Ripple wants internal information from the SEC on Ethereum

Ripple's position is that XRP, like Bitcoin (BTC) and Ethereum (ETH), is a crypto-currency and has been recognised as a virtual currency by regulators in the UK, Japan and Singapore, among others. The SEC does recognise Bitcoin and Ethereum as crypto-currencies, which is why Ripple filed a motion indicating that the SEC must provide internal information about Ethereum that clearly states why Ethereum has been cleared as a security in the past. The court subsequently granted the motion, requiring the SEC to release the requested information.

The SEC does not want to give this information, because they think it has nothing to do with the lawsuit. The SEC therefore filed a motion to dismiss Ripple's motion last April. The court denied the SEC's motion and again asked the SEC to release the internal information.

The judge concludes that the SEC was out for delay

In addition to denying the motion, the judge concluded something striking. According to the judge Analisa Torres, the SEC tried to delay the lawsuit by gaining time, increasing the costs of the lawsuit and making the lawsuit more complex. This was another reason to reject the motion.

XRP reacts positively to the ruling

After it was announced that the SEC's motion was denied, the price of XRP rose by 15% within hours. The high point was $0.84 per XRP and at the time of writing, the value of XRP is $0.75 per coin. All in all, the judgement is a victory for Ripple and it is becoming increasingly realistic that Ripple will eventually win the lawsuit.

At Anycoin Direct, buying Ripple is easy and fast.