The end of 2022 is approaching and in the crypto market this often means that something is about to happen. In our forecasts for Ethereum, Cardano and Uniswap, we have already looked at the future of these coins. Today, we take a look at the Ripple price forecast for 2023. Ripple is facing an exciting year in which the court ruling may be decisive for the course to be taken in 2023 and beyond. 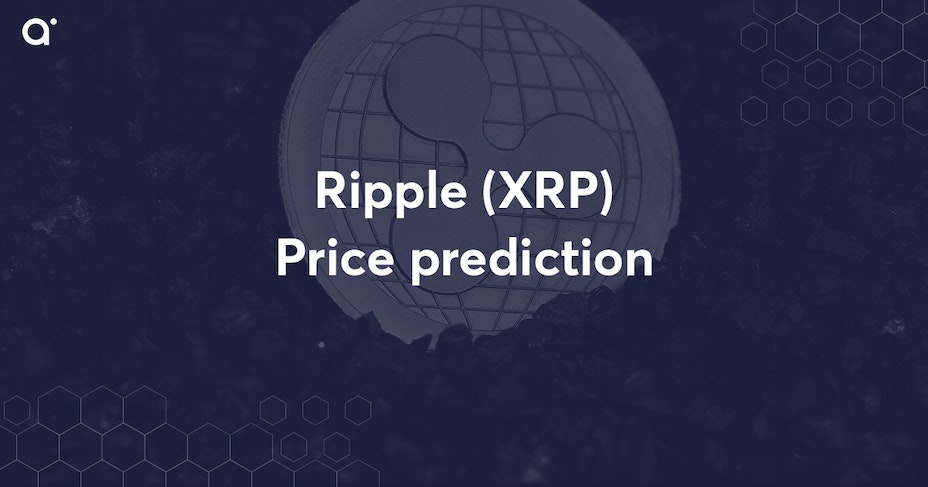 A misconception people regularly make is that when they think of Ripple, they immediately think of the cryptocurrency XRP. However, the coin XRP and Ripple's company, technology and ecosystem do not run completely synonymously. Ripple does use the XRP coin for various applications within its ecosystem.

The Ripple company focuses on improving the global payments system. Several branches and solutions exist under the Ripple brand umbrella - RippleNet, the XRP Ledger, the XRP coin and RippleX.

RippleNet is a global network that financial institutions can use to transfer money faster, with more transparency and at lower cost through a unified system, unlike the distributed traditional ecosystem that banks have historically worked with.

RippleX serves as a platform that promotes blockchain-based solutions that interested parties can use for their various value transfer-based use cases.

Ripple can complete transactions within 3 to 5 seconds on the XRP Ledger. Compared to Bitcoin, this is extremely fast as transactions on the Bitcoin blockchain can take up to 10 minutes. This is because the Proof of Work consensus is slower (and more energy consuming) than Ripple's consensus.

Ripple has very authoritative node validators. Node validators are those who check whether a transaction is legally valid or not. Ripple validators include banks, individuals, private payment providers and cryptocurrency exchanges. The XRP ledger also has a system that prevents double spending. This prevents users from spending the same amount of XRP twice, as the system detects the double transaction and deletes the subsequent data.

Looking at the price of XRP, you can see that it peaked during the bull run of 2017/2018. Indeed. Bitcoin received global (media) attention from 2017, which caused a large group of new investors to enter the crypto industry. The money of the new investors flowed into altcoins. Ripple was one of the altcoins that rose the fastest in terms of value, as they were already a strong cryptocurrency at the time with a strong project behind it.

After the bull run of 2017, the price of XRP plummeted tremendously. At one point, its value had fallen by more than 97% from its all-time high. Meanwhile, a new era has begun in the crypto world and XRP has experienced the necessary price developments. In order to put these price developments into perspective, we have compiled a price list of the highs and lows of recent years.

It is known that Ripple will launch a number of major projects in 2022, such as the Ripple Liquidity Hub. Despite these projects, the price of XRP is highly dependent on the outcome of the lawsuit with the United States Securities and Exchange Commission.

The lawsuit between Ripple and the Securities and Exchange Commission (SEC) is one of the biggest lawsuits today in the crypto industry. The SEC, founded in 1934, is the US regulator of various (securities) exchanges.

In 2020, the SEC sued Ripple for selling unlicensed securities in the form of XRP tokens since 2013. Ripple objected to this because they do not consider XRP to be securities. The SEC then said that Ripple had been able to find out through research that XRP tokens are indeed securities.

The soap between Ripple and the SEC has been going on for some time. Meanwhile, the SEC, has recognised Bitcoin and Ethereum as cryptocurrencies and this has prompted Ripple, to file a motion. In the motion, they ask for internal information from the SEC about Ethereum. Ripple would like to know why Ethereum has been recognised as a cryptocurrency in the past. The court granted the motion and asked the SEC to hand over the information. The SEC disagreed and filed its own motion in April 2021, which wanted Ripple's motion to be denied as yet.

Analisa Torres concluded that the SEC was only out to delay the process and, for the time being, indicated that the SEC should provide the requested information. The moment it was announced that the SEC's motion was rejected, XRP's price rose 15% to $0.84 per XRP within hours.

Ripple may achieve breakthrough in lawsuit with ''Hinman files''

In September 2022, it was officially announced by the court that the SEC must share the so-called ''Hinman files'' with Ripple. In the documents, former SEC director William Hinman (who was a director in 2018) argues that Ethereum is strongly enough decentralised and therefore not a security. The documents strengthen Ripple's position in the lawsuit and could therefore provide a breakthrough. The Ripple group can look back on the ruling with satisfaction and "felt it was worth fighting for". Ripple CEO Brad Garlinghouse threw extra oil on the fire by saying: ''when the truth comes out, you will be shocked at how shameful the SEC's behaviour in this case is''.

Outside of the lawsuits, Ripple is also developing and expanding its services. During 2022, Ripple will launch their Liquidity Hub service. This service will allow companies to easily and efficiently acquire digital assets from the crypto market.

Customers will be able to trade from a selection of cryptocurrencies, including  Bitcoin, Ethereum, Litecoin, Ethereum Classic, Bitcoin Cash and XRP. Ripple hopes to offer other digital assets such as NFTs in the future.

NFTs on the Ripple network

The Ripple community was in unanimous agreement. More than 91% of voters want to bring NFTs to the Ripple network. Voting began on 17 October 2022 and lasted for a fortnight. With this, Ripple follows in the footsteps of other major blockchains such as Solana, Avalanche, Polygon and, of course, Ethereum.

On October 31, it was official. NFTs are accepted on Ripple's network. Through an application called XLS-20, NFTs are integrated. Just a year earlier, another $250.- million fund was set up to invest in NFT innovation. This enabled NFTs on the platform a year later.

Tradingview creates short-term expectations based on technical indicators, which indicate whether it is a good time to buy short-term or not:

Technical Analysis for XRPEUR by TradingView

With cryptocurrencies, it remains difficult to predict exactly what the price will do. Nevertheless, several price prediction agencies have ventured into these predictions.

Digitalcoin, like Tradingsbeasts, is a price forecasting agency. They make price forecasts for XRP in 2023 based on independent agorithms. Digital is bullish for XRP in the long term but expects XRP to nearly double in 2023 compared to the price currently. Indeed, Digitalcoin expects a price of $0.62 per XRP. At the time of writing, XRP is worth $0.37.

Each of these factors can have a very strong influence on the price.

Digitalcoin also ventures price predictions of XRP for the years 2023 -2026. The price expectations are done based on a bullish scenario. Should the crypto market be bullish in 2024, Digitalcoin expects that XRP could head towards $0.59 by the end of 2024. If developments at Ripple will continue to prosper, the price of XRP could rise further in 2025, to $1.01. Then, in the most bullish scenario, the price will rise further in 2026 and XRP could reach $1.07 per XRP.

You can never tell for sure when it is a good time to buy XRP or how much Ripple will be worth. At the time of writing, the price of XRP is just above 30 US cents. According to analysts, it would be a good time to buy, as they expect the price to go many times higher than this. But we may be in a bear market, and these have proven to last for several years in which prices fall dramatically. A lower price expectation for XRP is therefore not inconceivable. This does link the price expectation of XRP only to the crypto market factor.

Looking at the intrinsic value of XRP, the coin is doing well compared to other crypto currencies. The coin has low transaction fees and is scalable in terms of transaction capacities, with transactions executed every three to five seconds. XRP thus represents enormous value, according to experts.

In addition, the lawsuit between Ripple and the SEC seems to be falling in the right direction for Ripple. The verdict is yet to be handed down, but it is one to keep an eye on. The latest developments surrounding the lawsuit not only gives hope to the Ripple community, but also offers hope for many other projects that may also face the SEC in the future. The entire crypto market is therefore watching the lawsuit with excitement. Should Ripple actually win the lawsuit, it could have a positive effect on the entire crypto market. With the lawsuit nearing its end and a final verdict most likely in 2023, 2023 could be an important year for Ripple.

At Anycoin Direct you can  buy XRP quickly and easily.