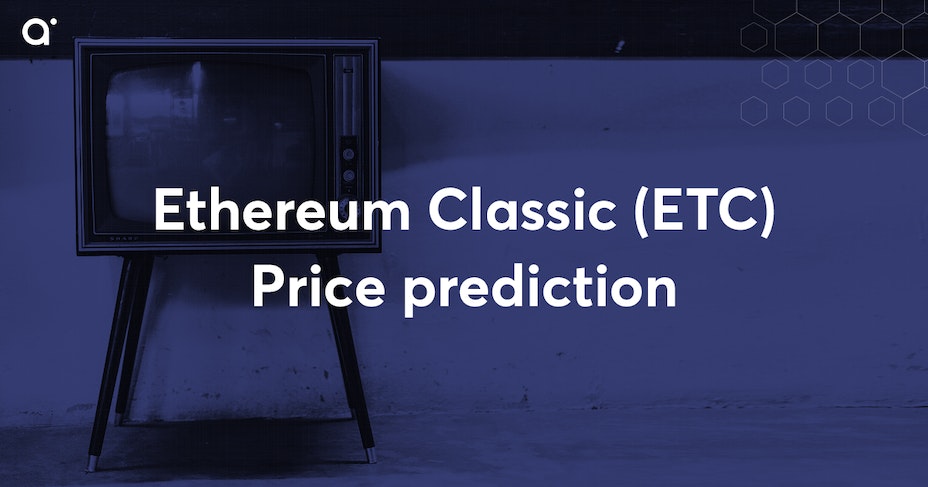 What is Ethereum Classic (ETC)?

Ethereum Classic (ETC) is a blockchain created from a fork with Ethereum (ETH).  The blockchain is almost an exact copy of its big brother Ethereum. Ethereum Classic is designed to allow devices to work together efficiently. This is achieved through the use of smart contracts and dApps. A smart contract is an agreement written as a code. The code consists rules that must be followed. This makes it possible to create programs in a decentralised way. We call this dApps. Decentralised means that control does not lie with a central party, but is distributed among computers worldwide. Decisions can therefore not be taken by one person, but by a group of people who come to an agreement.

ETC's blockchain is based on the Proof-of-Work (PoW) algorithm. PoW means that the computing power of computers is used to add new blocks to the blockchain. This is also called mining. If you mine Ethereum Classic with your computer, you will receive Ethereum Classic as a reward. This happens in a decentralised way, which means that the network is not controlled by a central party. Computers all over the world can help the network. The more computers used, the more decentralised it is.

Back to the fork. We mentioned earlier that Ethereum Classic was created from a fork with Ethereum. Ethereum Classic continued on the blockchain, while Ethereum took a turn. This has to do with the controversy surrounding the DAO hack in 2016, in which $50 million worth of Ethereum was stolen. DAO stands for decentralised autonomous organisation and would act as venture capital in a decentralised environment. The DAO had raised $150 million and invested in a protocol on the Ethereum network. The funding had come from 11,000 investors. Someone found a bug in the code and made off with $50 million worth of Ethereum. This caused divisions within the Ethereum community.

When Ethereum founder Vitalik Buterin heard what had happened, he wanted to solve this. His first option was to add a piece of code that would ensure that the hacker could do nothing with the stolen money. Ethereum's decentralised environment means that many people have to vote and agree on it. The community felt that Buterin should not be able to change a code so easily and voted against it, because it goes against the decentralised principle. The hacker himself sent a message stating that he had done nothing wrong and had only exploited the vulnerability of the smart contract.

The community behind Ethereum Classic believes that you can't do anything immoral on the blockchain, because all the rules are written in a code and therefore bugs are the fault of whoever wrote the code.

After the community rejected the first proposal, Buterin came up with a second one. He wanted to do a Roll Back. With a Roll Back you go back on the blockchain. In this case you go to a moment before the hack took place. In theory, the hack never took place. The proposal was accepted and the Roll Back was executed. The people who firmly believed in the ideas of decentralisation continued on the original chain, resumed mining new blocks and created Ethereum Classic.

Ethereum Classic hacks since the fork

After Ethereum Classic went its own way, the network was hacked twice through a 51% attack. This means that a computer owns 51% of the network and therefore has control over it. The hackers made false transactions and were able to earn Ethereum Classic. There have been three hacks in total. The first hack took place in January 2019 and two hacks were carried out in 2020.

They fixed the vulnerabilities by using the Thanos upgrade. With the upgrade, they modified the mining algorithm.

For 2023, analysts are setting price expectations for Ethereum Classic (ETC) based on their own algorithm. Digitalcoin expects ETC to reach $60.27 per ETC coin in 2023. Gov Capital expects ETC to be worth $70.51 by 2023. TradingBeasts expects the price to drop significantly in 2023. They expect a drop to $28.30 per ETC coin.

Most price predictions do not come true. Therefore, don't put too much trust in them and always rely on your own research. After all, you are responsible for what you invest in.

Digitalcoin, Gov Capital and TradingBeasts have made price forecasts for 2024 to 2026 based on their own algorithm. Again: do not attach too much value to the price forecasts, because the crypto market is mainly dependent on economic factors, which websites cannot foresee at all. In the table below you can read the expectations.

Check out the possibilities!