In the last few years, Bitcoin has become a popular investment opportunity. Sooner or later, Bitcoin would be included in ETF’s. Today we will explain why ETF’s are important, what they are, and how you can benefit from it in the future. 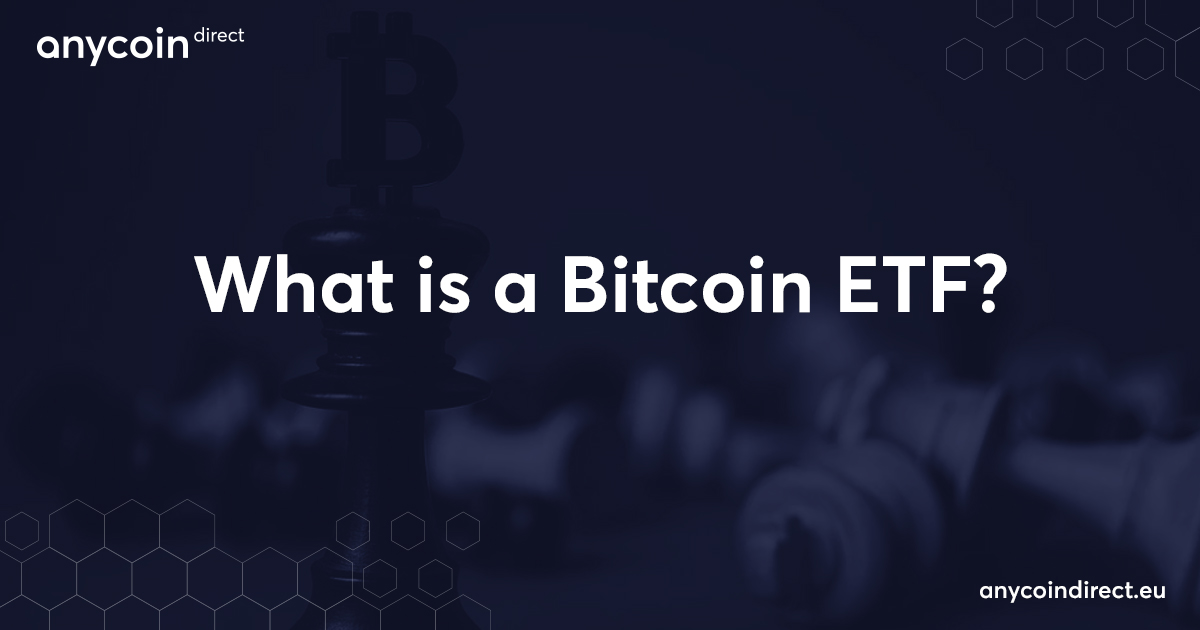 What is an ETF?

An Exchange Traded Fund (ETF) is an asset that can be purchased or sold on a stock exchange. You can see it as an investment fund in which stocks, bonds and securities are combined. By spreading the money into different securities, ETF’s will provide investors with diversification. Because of this, the risks of losing all of your money can be reduced. A well known example of an ETF is the S&P 500 Index. With an ETF you can diversify your investment without having to go through buying every stock separately. It will also save you research and analysis time.

How do you earn a positive return from an ETF?

There are multiple ways to make a return from ETF’s. You can earn by a rising ETF price, and dividends. Typically, if the value of the ETF’s investments rises, so does its price. Just like with crypto, you could potentially buy an ETF at the price of $1000 dollars, and sell it 2 years later for $2000 dollars. Of course, the opposite is also true. If the price happens to drop during the period of time, the liquidation of the position would result in a negative return on investment. The second way is to get paid in dividend. The Dividend yield is the amount that the fund pays out compared to the current market price of a share.

How does a Bitcoin ETF work?

For many people, investing in an ETF will be a viable way of investing. Since Bitcoin ETF’s would mimic the price of the most popular cryptocurrency in the world, it would mean investors would be able to get exposure to Bitcoin (and maybe other cryptocurrencies) without having to go through complex processes and different exchanges to buy it. Investors also don’t have to worry about storage and safety issues because with an ETF, you wont actually buy the real stock (or cryptocurrency).

A real reason to invest in upcoming Bitcoin ETF’s would be to avoid different registration processes associated with buying cryptocurrencies. Furthermore, the ETF’s would be available for trading on global stock markets. This would also help increase the availability to the public.

Another important factor is that ETF’s are understood across the entire investment industry. Cryptocurrencies are the new kid on the block. For some it seems like a scary, or untrustworthy investment strategy. While ETF’s on the stock market feel safe for most investors. Of course, having some experience in the stock market, will give you an advantage when investing in a ETF. So instead of focusing on learning the entire crypto market, investors would probably prefer doing the same thing they already know how.

Rumors are flying. The #SEC could approve a #Bitcoin Futures #ETF before the year ends. It seems like the @SECGov will not give the go-ahead to the mythical #BitcoinETF just yet… or ever, but a new option has a few companies interested.https://t.co/fOJ16whjIO pic.twitter.com/ewwaBJwAp3

So where are the official Bitcoin ETF’s?

The SEC (Securities and Exchange Commission) has so far, not approved any cryptocurrency ETF’s. The reason for this could be that the cryptocurrency market has a negative stigma. The markets have been flooded with bad news in the past. However, the SEC has recently confirmed that Gary Gensler will act as SEC chairman. Gary Gensler has stated in recent interviews that the United States will not ban cryptocurrencies (unlike China), meaning that the hopes for getting an official Bitcoin ETF are getting closer and closer.

The SEC also opened up Bitcoin ETF applications. Of course, this would mean great news for Bitcoin and other cryptocurrencies. It will definitely give exposure to the crypto market as a whole if this were to happen in the near future.