Altcoin season is a crypto phenomenon, where most cryptocurrency prices surge with the exception of Bitcoin. While the Bitcoin price drops, many investors make profits via (smaller) projects. Most people want to make the most of an altcoin season. To do this it is important to know what altcoins are, when an altcoin season starts and when it is time to sell your coins. 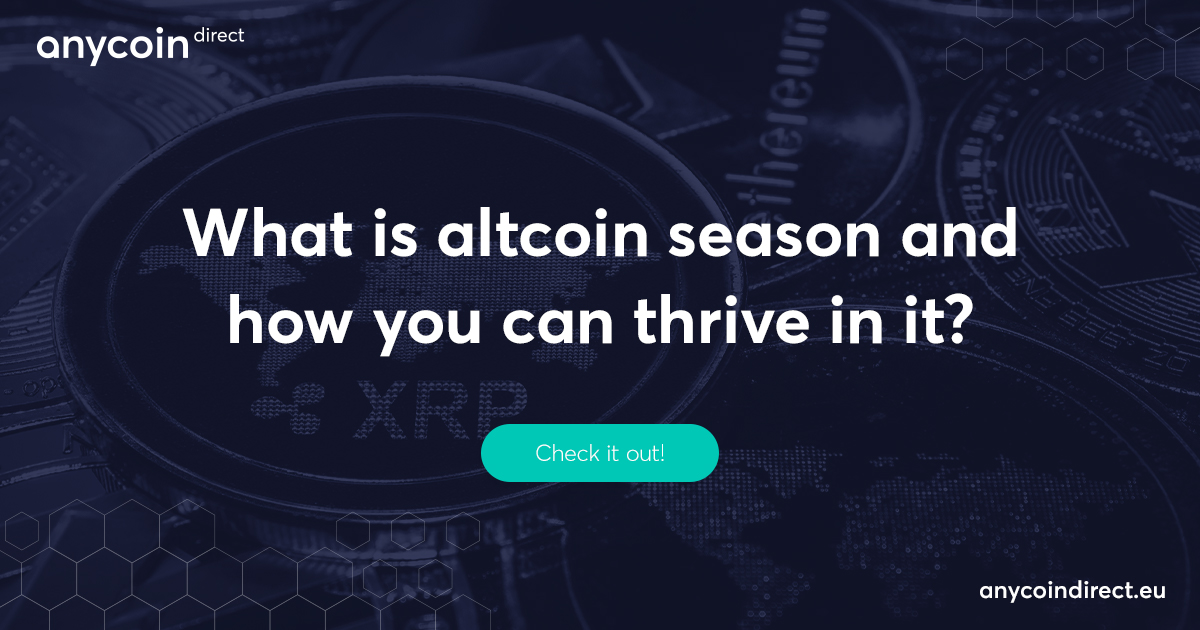 Altcoin stands for "alternative coin". An alternative coin is literally any other crypto besides Bitcoin. The name is based on the idea that Bitcoin was the very first cryptocurrency and that all other coins are seen as alternatives to Bitcoin.

The most well-known altcoin is Ethereum. The market cap of Ethereum is half that of Bitcoin, despite being an altcoin. Also coins such as Cardano, Chainlink and Tether are "just" altcoins despite their high market value.

I can smell a huge altcoin season 👃


What can you expect from an altcoin season?

Before an altcoin season begins, altcoins gain ground on Bitcoin in terms of market capitalisation. Investors prefer to invest their money in altcoins or transfer their Bitcoins to altcoins. As a result, the percentage ratio between the value of Bitcoin and altcoins decreases.

According to experts, an altcoin season is when 75% of the top 50 altcoins outperform Bitcoin in terms of market capitalisation during the last 90 days. Blockchain Center has created a nifty ‘Altcoin Season Index’. According to their index we are now below 75% and thus they conclude that we are currently not in altcoin season.

How to profit during an altcoin season?

It is difficult to predict the end of an altcoin season. This makes it difficult to estimate when you should sell your altcoins. There are, however, certain signs you can follow such as:

Cryptocurrencies and technical analysis remain a matter of conjecture. That's why you should always do your own research and try to find out which strategies work best for you.