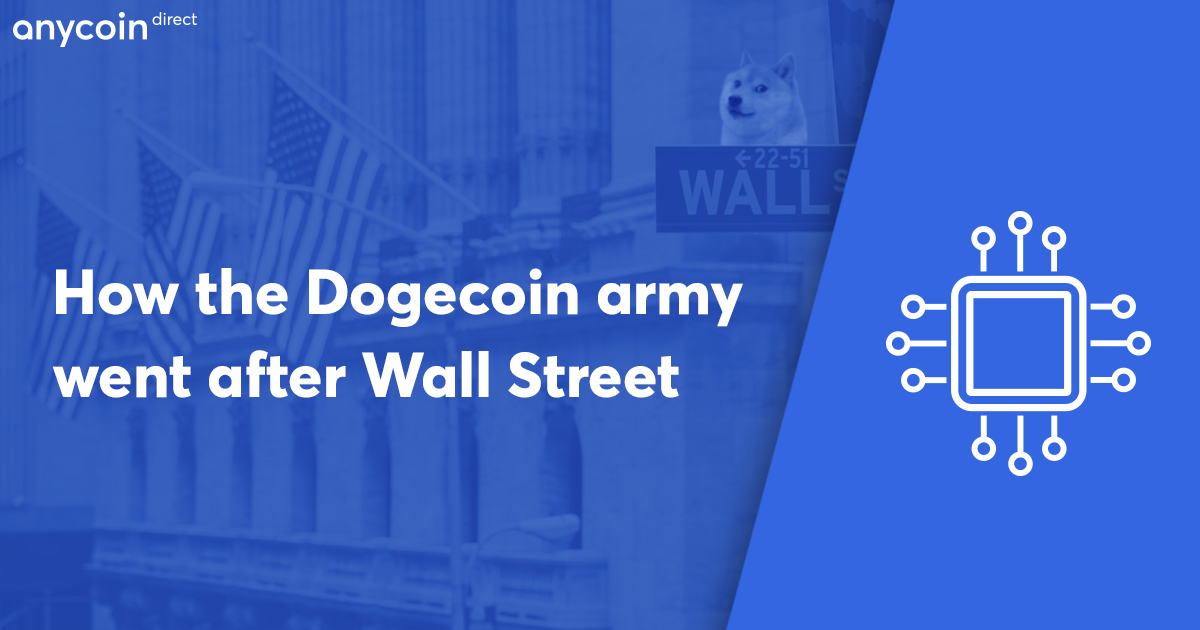 The subreddit has caused some ruckus in the past, but in January 2021 the group went after some big investors on Wall Street, and things got heated. A user called Player896 posted an article called ‘Bankrupting Institutional Investors for Dummies ’. Within this document, the user explains a very risky trading strategy. Player896 explained an extremely bullish case for a company called ‘GameStop’. GameStop is an American video game and electronics store. Since 2015 the stock prices and revenue have been steadily dropping due to online webshops. This resulted in GameStop being heavily sold short by big Wall Street investors. This is where the group saw its opportunity to strike back against the financial elite. The group started buying massive amounts of GameStop (GME) stocks in order to create a short squeeze. Since the Reddit group has gained significant traffic in the past years, a lot of money got dumped into GME stocks, thus resulting in an 1800% increase in the price within a few days. This caused the hedge-fund investors to lose billions of dollars.

Just when you thought it couldn’t get any worse for the Wall Street investors, Elon Musk tweeted that he was following the WallStreetBets Reddit. Resulting in even more attention to the stocks (stonks). The entire project was seen as a big middle finger to the financial elite.

But what about DOGE coin?

But then came Dogecoin and its Doge-army. Dogecoin is a cryptocurrency that is known for the Japanese Dog ‘Kabosu’. The coin is basically a big internet meme. Even the creator of the coin has stated that it has no intention of ever being a serious and innovative project. So why did Dogecoin’s price gain a staggering 800% in a few days? Well here is what happened: after the short squeeze on GameStop stocks, Redditors riled up together in an effort to make DOGE coin the next GME. It started out as a joke but turned into a serious investment possibility for many.

After a significant pump, Elon Musk, the meme master himself again tweeted about a magazine called ‘Dogue’ instead of the famous ‘Vogue’. Most people interpreted it as support for the DOGE coin, resulting in an even higher pump. Basically, the whole thing was a joke, but for many people, it was more than that. It showed the power of the internet and individuals. It showed that the big guy from Wall Street wasn’t that big anymore.

So what happened next?

After the hype, many media platforms (including big news stations) covered the story. After media got involved, some stock and crypto brokers started blocking the possibility to buy any more GME and DOGE coins. This frustrated a lot of people because it could be seen as a way to support Wall Street investors that had shorted on these assets. Stockbroker RobinHood even started to sell these stocks on customer’s accounts, without their permission. This caused the Trustpilot and GooglePlayStore score of RobinHood to receive an immense flood of negative reactions and reviews.

All and all, a lot has happened in the past week. Stock prices of specific assets gained over 800%. But also, many people lost a lot of money by jumping in on the hype. Of course, the 800% increase in price was followed by a massive correction. The Reddit group has been getting a lot of attention, and they have no desire to slow down anytime soon. We would like to mention that jumping on the hype train is often a bad idea and that you should always do your own research before investing! It is important to note that while Dogecoin is an official cryptocurrency, you should always be aware of the risks involved with investing!

Want to know more about Dogecoin?