In the wake of the FTX debacle, we saw the Bitcoin price remained fairly stable over the past trading week. After dropping sharply on Monday to a new low of the year of $15,460 per BTC, the price managed to recover well above $16k. Still, the crypto market could not really benefit from a significant drop in producer prices in Germany, indicating an initial improvement of inflation in the European Union. The reason is the uncertainty surrounding crypto broker Genesis. The crypto fund announced a corporate restructuring last week, leaving investors facing uncertainty again after FTX's collapse. Thanks to the better-than-expected consumer outlook from US households, the Bitcoin price managed to recover to around $16,500 per BTC.

In this trading week, investors will be closely watching ECB chief Lagarde's speeches at the beginning of the week and Fed chairman Powell's mid-week. 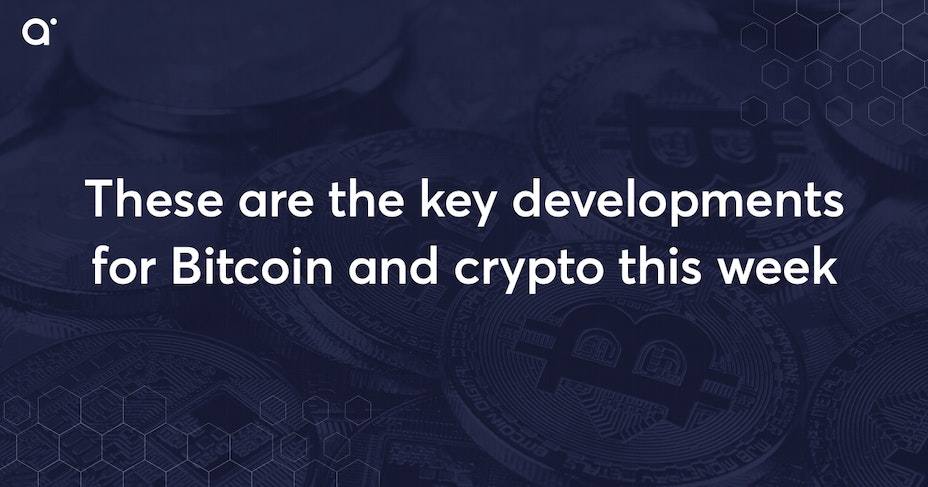 Monday 28 November 2022: ECB chief Lagarde kicks off the trading week at 15:00 CET with a speech on future monetary policies in the two main economic zones (Europe and the US). Then, at 18:00 CET, US Fed bankers Bullard and Williams give a speech.

Investors will carefully analyse each central bankers' statement to get a better idea of the upcoming ECB and Fed interest rate decisions in mid-December. If the central bankers underscore their repeatedly proclaimed hawkish outlook (raising interest rates, in order to keep inflation under control). The US dollar may then regain strength and that usually has a negative effect on the crypto market.

US consumer confidence may provide boost

Tuesday, 29 November 2022: The second day of trading is dominated by US consumer confidence. The Conference Board (CB) releases new figures on US consumer confidence in the trading month of November. At 102.5, optimism about US economic developments was already well below expectations of 106.0 in the previous month of October. A falling value indicates that US consumers expect their own economy to continue to struggle. Experts forecast a value of 100.0 for the penultimate month in 2022. However, if analysts' expectations are again missed, this will also have a negative effect on the strength of the US dollar, which in turn could have a positive effect on the prices of Bitcoin and altcoins.

Wednesday 30 November 2022: The third trading day can be described as the most important day of the trading week, with several developments to keep an eye on as investors. The day starts with the announcement of eurozone consumer prices at 11:00 CET. After 10.6% in October, market experts expect a slight decline of 10.6% to 10.4% in November. Should inflation in Europe fall even below adjusted expectations, this should have a positive impact on financial markets in an initial reaction. In contrast, an unabated inflation rate of 10.6 or more percentage points would again be poison for markets. Ms Lagarde will then have to keep her foot on the accelerator when the next interest rate decision is made.

In the early afternoon hours, the next outlook for US Gross Domestic Product (GDP) for the third trading quarter follows at 14:30 (CET). Experts forecast a further slight improvement to 2.7% from 2.6% at the end of October. Compared to the second quarter, in which US GDP still contracted by -0.6%, this would represent a 3.3% improvement. If GDP recovers so strongly and continues to stabilise, it would be a further indication to the Federal Reserve that the US economy remains resilient to the recent 0.75% increase in key interest rates. This could indicate that key interest rates will be raised by another 0.75% to 4.75% in December. If, contrary to expectations, GDP turns out to be weaker than forecast, this could further suppress the US dollar. This could have a positive impact on stock and crypto market prices. At 20:00 (CET), investors may eagerly listen to Fed chairman Powell speak about the US economic outlook in a speech. Higher volatility in financial markets can thus be expected for Wednesday evening.

Thursday, December 01: At 14:30 (CET), the Bureau of Economic Analysis will release the core inflation rate (PCE) for the US for the month of October. Market experts expect an increase of 0.3% compared to September. The most recent core inflation rate was 0.5%. This confirms the experts' assumption that the increase will be less pronounced than in the summer months. On the other hand, if core private consumer spending exceeds analysts' expectations, the Federal Reserve is likely to stick to its strategy of further interest rate hikes. At the next Fed meeting on 15 December, Chairman Powell will have to maintain his hawkish stance unchanged. If, contrary to expectations, PCE rates remain at 0.3% or even below, a sustained price recovery in US equity markets can be expected, which could also have a partially bullish effect on Bitcoin and the rest of the crypto market.

US labour market report at the end of the week

Friday 2 December: On the last day of the first trading week, nonfarm employment data for November will be released at 14:30 (CET). The data on so-called Nonfarm Payrolls (NFP) describe the monthly change in the number of jobs minus workers in agriculture. Market players expect a drop in the number of new jobs to 200,000 from the previous month (261,000). This drop would indicate renewed problems in the labour market, given the job cuts at Amazon and Apple and the increasing hiring freeze in several sectors of the economy.

Experience shows that declining job growth has a negative impact on future household consumption expenditure and could lead to a worsening of the economic situation. Weak NFP data should re-enforce the US dollar correction of the past six trading weeks, which could have a stabilising effect on the bitcoin price. Moreover, the Federal Reserve will have to take this development into account in its upcoming interest rate decision.