Investors in the crypto space should keep an eye on the following economic and financial developments.

Despite mixed economic data from China, the European Union and the US in the previous week, as well as continued uncertainty following the insolvency of the crypto exchange FTX, Bitcoin (BTC) held up relatively well. 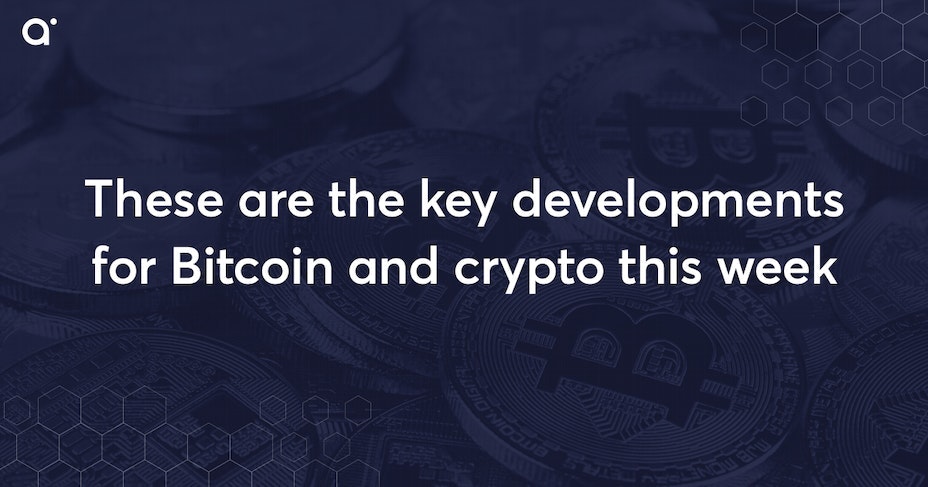 Overall, the economic numbers continue to show the trend of relative strength in the US economy, while the rest of the world continues to struggle with the impact of persistently high inflation on businesses and households alike. While American rates are better than expected, at least temporarily, Europe continues to struggle with high, rising inflation rates above analysts' forecasts and worsening economic expectations. This trading week, due to a public holiday, Thanksgiving, market participants can expect a compressed bundle of important key figures that are likely to have a relevant influence on all sectors of the financial markets worldwide. The interpretation of the new economic data, especially in the middle of the week on Wednesday, will therefore play a central role in the direction of the stock and crypto markets. In addition, news about the state of the Digital Currency Group (DCG), itself the parent company of the Grayscale Bitcoin Fund and the crypto trading and lending platform Genesis, should lead to a reassessment of the crypto market and thus also to adjusted price forecasts for Bitcoin and Co.

German PPI at the start of the week

Monday, 21 November 2022: on 08:00 (CET), market participants look at the development of producer prices (PPI) in the largest and most important economy of the Eurozone. Experts forecast a decline from 2.3 percent in September to 0.9 percent in the last month of October. If the PPI falls back to less than one percentage point, it would be light at the end of the tunnel after months of massive increases in producer prices and would be a first sign of temporary calm for German companies. Such a development is likely to encourage investors that a zenith (peak) of price explosions may have been reached in Europe as well. As a result, a recovery of the euro against the US dollar should be expected, which could indirectly also tend to have a positive effect on the crypto market.

If, on the other hand, the producer price index for Germany is above the reduced analyst expectations of 0.9 per cent, a renewed strengthening of the US dollar is conceivable. In the previous months, a sustained dollar strength has led to increased selling pressure on the stock and crypto markets.

Wednesday, 23 November 2022: This trading day is packed with relevant market indicators. We can expect the release of the purchasing managers' indices (PMI) for the manufacturing and services sectors in various European countries and the overall indices for the Eurozone in the morning hours. In the afternoon investors will primarily be looking at a wide range of economic data from the US. In addition to the number of building permits issued at 14:00 (CET), the focus will be on the core rate for new orders for durable goods at 14:30 (CET). After a decrease of -0.5 percentage points in the last underlying period of September, market experts expect a recovery of +0.1 percent for October. Once again, however, this positive news in the market could lead to price consolidations in the equity and crypto sectors, as it would give the US Federal Reserve more breathing space for its plans of further interest rate hikes. The US dollar could then have ended its correction of the previous weeks for the time being, which should further increase the pressure on speculative assets such as the cryptocurrency.

At 4 p.m. (CET), the latest survey results from Michigan University on US consumers' inflation expectations over the next five years will be presented. If private households expect inflation to remain high until 2027, this would be an indication of possible consumer restraint among US households. Further indications of the Fed's monetary policy stance in its upcoming interest rate decision should be provided with the publication of the FOMC during the last Fed meeting on Wednesday evening on 20:00 (CET). Investors hope to derive new information from the publication regarding Fed Chairman Jerome Powell's possible monetary policy adjustments at the next scheduled policy rate decision in December.

Thursday, 24 November: At 13:30 (CET), the Eurozone's top monetary watchdogs will then present the transcript of the last central bank meeting of 27 October. Similar to the previous day, media houses and market observers will try to distil conclusions about future monetary policy in Europe from the transcript of the previous ECB meeting. Any indications of a continued expansion of monetary policy countermeasures aimed at fighting inflation in the euro area could result in renewed price corrections in the European stock indices. If, on the other hand, there are reasons for Ms Lagarde and the other monetary watchdogs to be less tough, a slight recovery movement cannot be ruled out. Investors are currently clinging to any indication of a less restrictive monetary policy by the central banks.