The third Bitcoin Halving will take place in approximately three days. What is this halving exactly and why does it affect the price? In this article, we will explain why this is such an important milestone in crypto history. So let’s take a look, as we dive into this long-anticipated event. 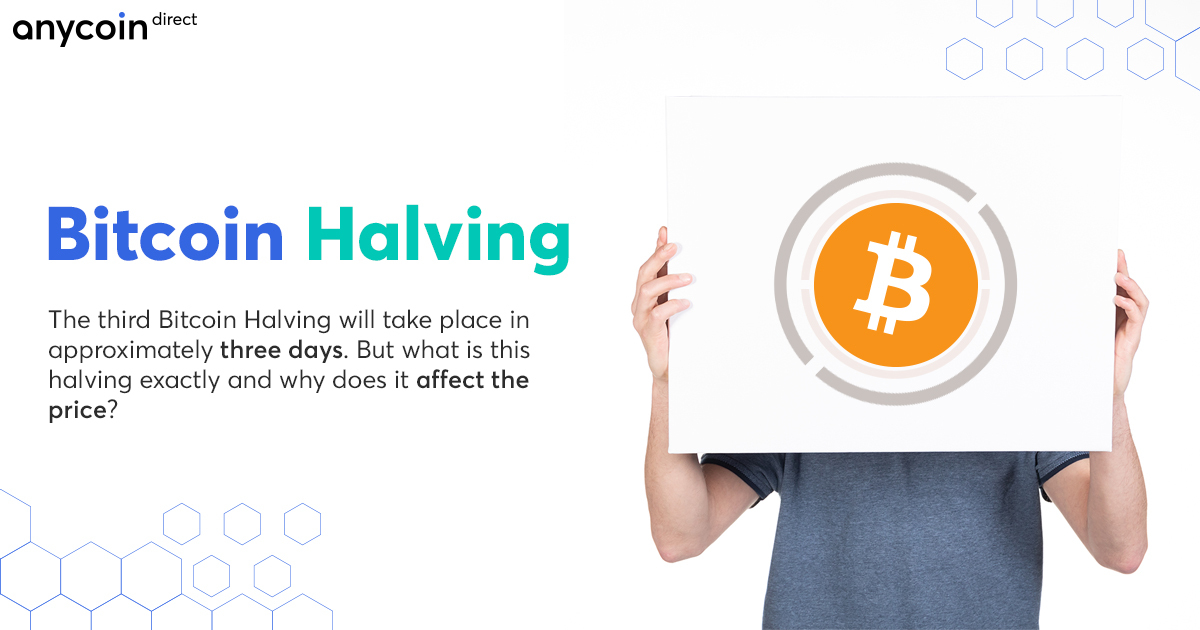 You probably have heard about it numerous times in the past few days, but the Bitcoin halving is upon us. But what is this halving exactly? As the name might suggest: during a halving, the network’s inflation rate is cut in half. Meaning that the amount of new bitcoins that enter the network’s circulation is reduced with 50%. Therefore, the reward for mining a block of Bitcoin is reduced from 12.5 BTC to 6.25 BTC. In the complete history of Bitcoin, past and future, 32 of these halving’s will occur. It is estimated that the final bitcoin will be mined in the year 2140, reaching the maximum supply of 21 million bitcoins. These halving’s take place approximately every four years or every 210.000 blocks. Due to this exact number of 210.000 blocks, the actual halving event is widely anticipated and speculated on, which in turn has its returning effect on the price.

The Bitcoin Halving’s effect on the price

The first Bitcoin halving event took place on 28 November 2012 and reduced the block reward from 50 BTC to 25 BTC. On that day, one bitcoin was worth €9,50. Interestingly, the price increased significantly (341.9%) a year prior to the halving. But that was nothing compared to the 9000% increase, one year after the halving event. The second halving, reducing the block reward from 25 BTC to 12.5 BTC, happened on the 9th of July in the year 2016. During this second halving, one bitcoin was worth €588. Again, a significant price increase of 112% could be seen 9 months before this second halving took place. The aftereffect was an increase of 335%, one year after the second halving.

As of today, you can buy a bitcoin for €8751 whereas the price one year ago was €5136, an increase of 64.6%. Last but not least, the search term ‘Bitcoin Halving’ has been trending on Google, where the search numbers have quadrupled since the previous halving. Only time will tell what the true ramifications of next week’s event will be. But of course, you can expect a brand-new article where we check out the effects of 2020’s BTC halving! So stay tuned and stick around to find out.