In part 1 of our Ethereum 2.0 series, we briefly discussed the road map of Project Serenity. Divided into three phases, phase 0 is planned to launch in Q3 of this year. In today’s article, part 2 on our ETH2.0 series, we will take a closer look at phase 0 and the implementation of the so-called ‘Beacon Chain’. 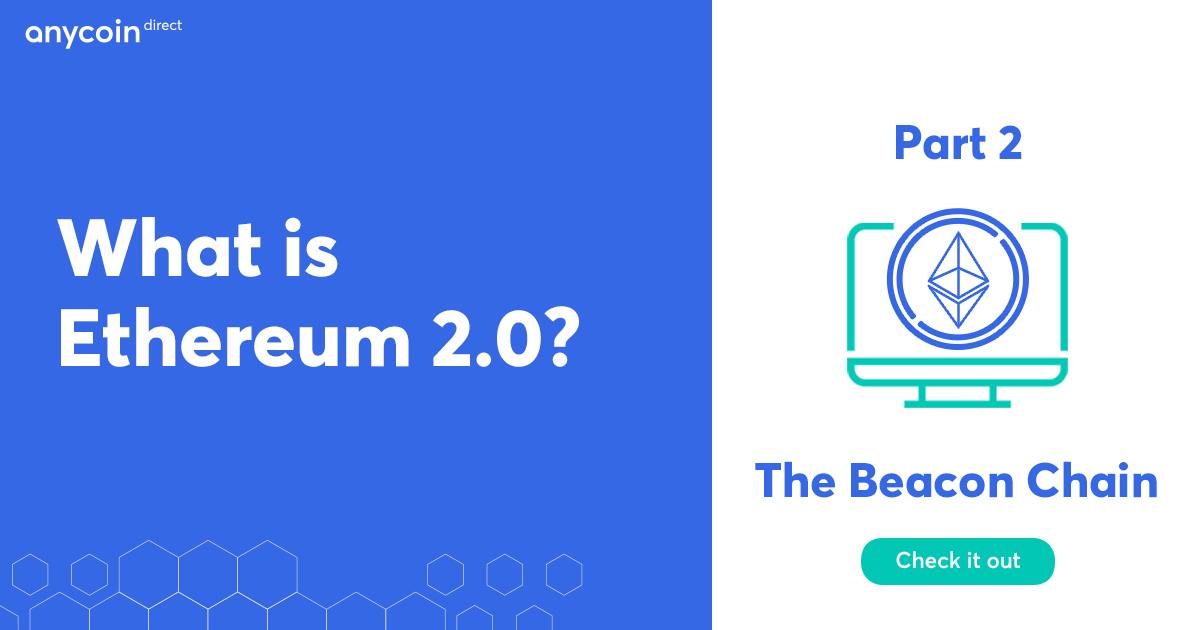 The most important aspect of phase 0 is the implementation of the Beacon Chain; a proof of stake based blockchain that will be the heart of Ethereum 2.0. The Beacon Chain will exist and run parallel to the current Ethereum (ETH1.0) blockchain and will mainly focus on the following two things:

Although the possibilities are enormous, the Beacon Chain will initially not be used to the fullest extent. The system needs to be tested rigorously before any transaction, DApps , or smart contract can be active on the network.

The name Beacon Chain gets its name from another (older) cryptographic idea called ‘Randomness Beacon’. A cryptographic beacon, or randomness beacon, is a service that provides a public source of randomness. The beacon continuously emits new random data (a beacon record) at a regular rate.

Why change to PoS?

In 2019, the Ethereum network could process approximately 15-20 transactions per second. That’s not a lot when compared to credit card companies such as VISA (1.700 transactions per second) and does not match the ambition of Ethereum to become the world computer for the next generation of applications. Another issue is the amount of DApps running on the network. Short for decentralized applications, these apps are run on the Ethereum blockchain. As of April 2020, there are 1.900 DApps running on Ethereum. However, Ethereum founder Vitalik Buterin has stated that the network has become so congested that larger companies and organizations will not be running their DApp on the ETH network due to it not having enough bandwidth. In 2016, he started to contemplate on switching Ethereum to a Proof of Stake consensus algorithm, tackling the following issues:

The solution to these issues? Ethereum 2.0! The best way to start? The implementation of the Beacon Chain. Ethereum has had these scalability issues since 2015, but took a big step in the right direction with the Istanbul hard fork of December 2019, testing the water for Phase 0. With the implementation of the Beacon Chain, the base of ETH 2.0 will be set and components such as Basic Sharding and eWASM are ready to be implemented in phases 1 and 2. Interested in these follow up steps of Basic Sharding and eWASM? Find out in part 3 of our series on Project Serenity.