When you read about  Bitcoin, you often see the term 'sats' or 'Satoshi'. You can conclude that Satoshi is a rather mysterious term, about which there is much confusion. So, in this article, we will explain who Satoshi is, what the link with Bitcoin is, and how to use Satoshi. 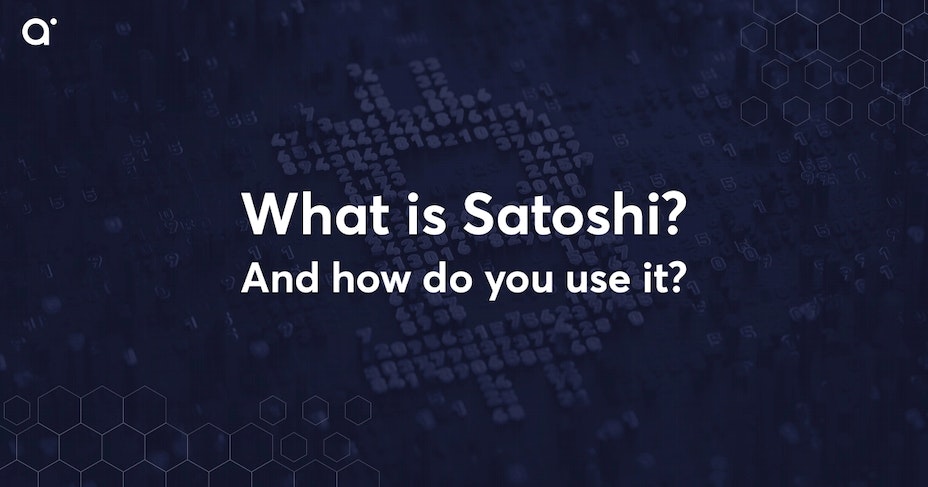 Who is Satoshi Nakamoto?

Satoshi Nakamoto is the first person who used blockchain technology as open source software in the form of Bitcoin. Nakamoto is not his real name but a pseudonym because he wants to remain anonymous. This makes Satoshi the biggest mystery in the entire crypto world. There are people like Craig Wright who claim to be Satoshi Nakamoto. There is also plenty of speculation about who it might be. For example, based on a screenshot of a sent email, the German Vincent van Volkmer is suspected. The screenshot showed that Volkmer had sent an e-mail to Satoshi Nakamoto's hacked e-mail account with the title 'Free the bee'. Vincent van Volkmer himself denies being Satoshi Nakamoto, but says he was involved in the development of Bitcoin.

Satoshi and the Bitcoin whitepaper

What are Bitcoins? And what is the thinking behind them? In October 2008, Satoshi Nakamoto published his vision in the form of a whitepaper. In the whitepaper, Nakamoto explains the idea behind blockchain technology and shows its benefits. He describes what Bitcoin is, how it works, and how it can be used.

Satoshi Nakamoto disagreed with the way third parties such as banks and insurance companies manage money. He also believed that a third party should not be needed to manage funds and conduct transactions. Both the private aspect and transparency are important aspects of Bitcoin. In other words, the middleman should be removed.

Nakamato came up with the solution, which resulted in the birth of crypto. The solution was a peer-to-peer version of electronic money. Peer-to-peer is nothing more than a network that can offer services to each other in an equal way. By using a peer-to-peer network to send money, you remove the intermediary (financial institution) needed to do so. This way of working is decentralized and allows users to trade anonymously and without an intermediary. To make transactions on the Bitcoin blockchain possible, computers around the world are used to track the blocks. This requires a lot of processing power and therefore energy. When a computer tracks a block, it is rewarded for its work. This is called proof-of-work.

The name of the creator of Bitcoin (BTC) and its underlying technology is also woven into the coin itself. A Satoshi is the smallest part of a Bitcoin. This can be compared to the Euro. 0.01 Euro is called a cent. Unlike FIAT currencies, such as the euro or the US dollar, BTC is divided into units of 0.00000001₿. In other words, you need 100,000,000 Satoshi(sats) to have one Bitcoin. This seems confusing, but to make things easier, Bitcoin has been made easier to divide:

What can Satoshi's be used for?

Trade:  Satoshi (Bitcoin) can also be traded with other digital currencies, such as other crypto currencies like Dogecoin, Ethereum and Litecoin . To do this, you can contact trading firms such as Anycoin. With us, you can trade Bitcoin at realistic prices. And if you have any questions, doubts or need more information you can contact us using our chat. Also you can always email us or call to our helpdesk.

Hodlen:  ‘’Hodling’’ Bitcoin is also popular. Hodling is holding bitcoin or other crypto-currencies for a long time because you believe in the project for the long term.

Earning Satoshi by mining: If you want to earn Satoshi, mining is an option. Mining Satoshi is having computers perform complex calculations on the Bitcoin blockchain in order to track blocks. Tracing blocks allows transactions to occur. As a reward for tracing blocks, you get paid in Satoshi.

Satoshi is a term that can be applied in multiple ways. It is the inventor of Bitcoin, but it is also a part of Bitcoin. Satoshi Nakamoto brought blockchain technology to life and made it applicable to a new financial system. You can trade and pay with Satoshi. But will we ever find out who Satoshi Nakamoto really is?