Many new crypto projects have been popping up left and right in the past year. However, some projects just seem to have no breaks when it comes to growth. Fantom (FTM) is one of those projects. In this article we will tell you about everything you need to know about this upcoming Ethereum rival. 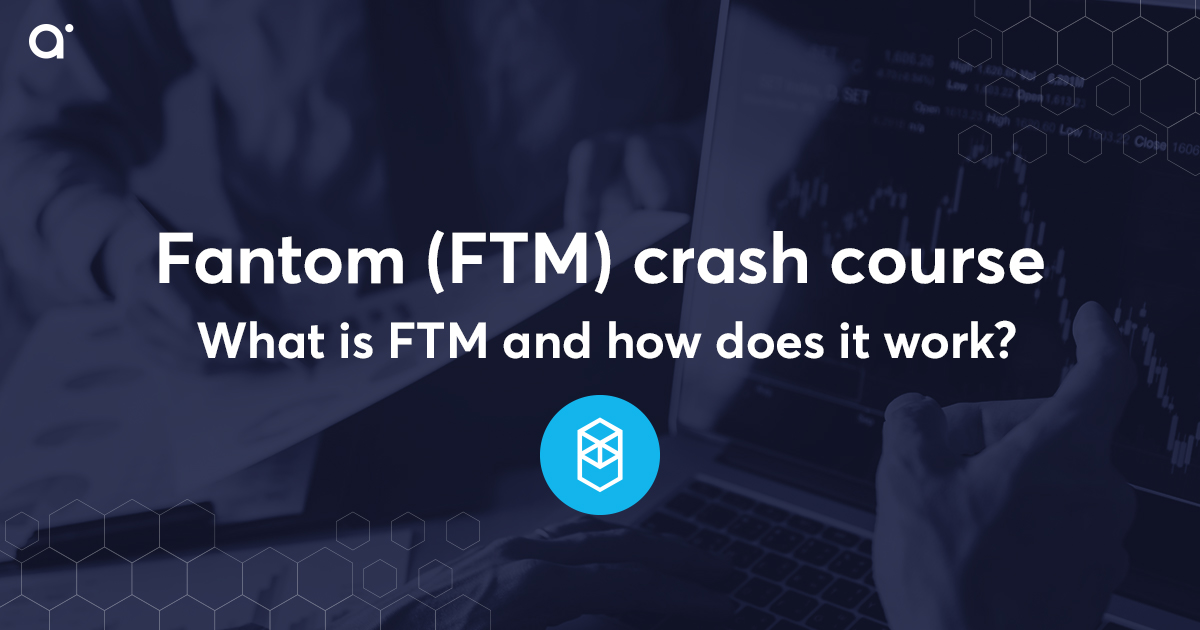 What is Fantom (FTM)?

Fantom (FTM) is a high-performance, scalable smart contract platform that has been created with the intention of overcoming limitations in the previous generations. The platform allows developers to create dApps on the FTM ecosystem. The blockchain uses a aBFT consensus mechanism which allows the blockchain to run much faster and cheaper than older technologies while remaining very secure.

The Fantom team discovered that older technologies like the Bitcoin blockchain aren’t built for scalability. For example, the Bitcoin network mainly focuses on security and decentralization. This makes it hard for the network to scale in terms of transactions.


For example, a transaction on the Bitcoin network can sometimes take between 10-15 minutes. A transaction on the FTM network will be processed in 1-2 seconds. Also, the cost per transaction are significantly lower than those of Bitcoin. You can see that the Fantom blockchain heavily focuses on scalability. The team has stated that the blockchain does not sacrifice security and decentralization. The network is secured using a leaderless Proof-of-Stake protocol (meaning it has no centralized leader).

Lachesis is Fantom’s aBFT (Asynchronous Byzantine Fault Tolerance) algorithm. You can see this as the engine of the blockchain. In comparison to Bitcoin consensus mechanism, this one if many times faster and scalable. This technology allows developers to create dApps without having to create their own network.


Since Lachesis is Asynchronous, leaderless, secure and fast, the FTM network has gotten a lot of attention lately. Since transactions and storing/tracking data often needs to be real time, slow blockchains often aren’t up for the task of running fast dApps. This is currently also a problem with the well-known Ethereum blockchain.

What is FTM used for?

Of course, the Fantom foundation has released their own token. This token can be used for multiple purposes. The FTM token is used for securing the network via a Proof-of-Stake system. The total supply of the coin is 3.175 billion. However 2.500 billion are currently in circulation. The token is available on the native mainnet, but also as ERC-20 and BEP-20 token.

The main focus of the FTM token is to secure the network. This can be done through participating in staking or becoming a validator node. In return for your service, you will be rewarded in fees. Unlike many other blockchains, the Fantom blockchain doesn’t require massive amounts of energy to run. You could say that FTM is environmentally friendly.

Since many dApps are deployed on the network, the FTM token can be used for payments. The protocol requires very low fees and delivers fast transactions. This is what makes this blockchain so suitable for many different DeFi applications. A transactions cost around $0.0000001, and the delivery time is an astonishing 1-2 seconds.

Since the system is fully decentralized, users are able to vote for changes on the specified platform. Token holders can propose new ideas and changes, which will then be accepted or declined by other token holders. The FTM governance token is required in order to participate in this type of voting.

The FTM token is used to deploy smart contracts or create new networks. These network fees also give the system better security. The fees will make sure that any malicious user will still be forced to pay fees on the network. Meaning that it gets very expansive, very fast, if the user wants to attack the network.

How to buy and store FTM?

The Fantom Foundation was founded by South Korean computer scientist Dr. Ahn Byung Ik. Currently Michael Kong is the CEO of the platform. The team behind Fantom mainly has extensive experience in full-stack blockchain development and focused on creating a platform for smart contracts that prioritizes scalability, decentralization and security. The team has many in-house skills available. Everything from engineers, developers, scientist, researchers and designers.

According to Crypto Engine, FTM will reach insane heights in 2022. A prediction of $30 dollar is what the crypto fanatic says is totally reasonable.

Last but not least, pricprediction.net has predicted an average FTM price of $4.18 in 2022. According to the website, FTM has an outstanding potential to reach new heights in the coming years.


Of course, you should always do your own research before blindly following experts. If you want to know what to look for before buying a crypto. You can take a look at this useful guide on how to approach finding solid altcoins.

Since the launch of FTM, it couldn’t have gone much better for this project. Currently delivering fast speeds, great security and a solid platform on which developers can create their own dApp. FTM is looking at a potentially great future in which is can compete with the likes of Ethereum. For more information about the project, you can take a look at the Fantom Foundation website. For now, hope that you have a global idea about what FTM really is all about.