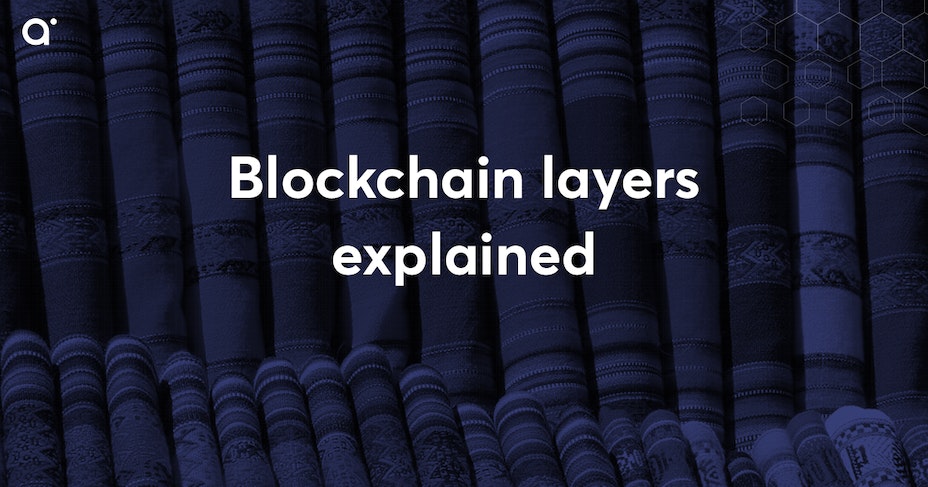 What is a blockchain?

A blockchain is a chain of blocks of information. Cryptocurrencies were created thanks to blockchain technology. A blockchain uses a consensus mechanism, whereby new data is added and with which new coins are brought into circulation. Exactly how this works varies from one cryptocurrency to another. Each new block that is added contains information from the previous block, making it one long chain that goes all the way back to the beginning.

How the blockchain is set up was devised by the founders and, in most cases, is difficult to modify. As a cryptocurrency, you want to pursue security, scalability, and decentralization. Based on these three criteria, the founder of Ethereum, Vitalik Buterin came up with the Blockchain Trilemma. According to him, you cannot develop a blockchain with all three criteria. If you manage to achieve two of the three, the blockchain will have problems with the remaining criterion.

What is a blockchain layer?

The technology behind a blockchain can be very complicated. For many investors, it also means that they understand very little about it. Fortunately, it is also not mandatory to know everything about blockchain technology. The more knowledge you have about the blockchain, the easier it is to discover and understand new blockchains. The layers are built on the blockchain. Currently, there are 4 main layers, each with different functionality. Not all blockchains use all four layers.

The layer 1 ensures that a blockchain "works". It is the basic layer of the blockchain and is responsible for ensuring that transactions can be made over the network and that smart contracts work. In addition, layer 1 is responsible for checking wallet addresses, public and private keys, and token balances. The layer 1 blockchain works through a consensus mechanism. These are processes in a blockchain by which new data is added to the network. The two main consensus mechanisms are Proof of Work and Proof of Stake. Bitcoin is a layer 1 blockchain and uses the Proof of Work mechanism where miners must solve complicated puzzles to add a new block of information to the blockchain. This process ensures that Bitcoin has an extremely secure network. One drawback of Bitcoin is that the network has a slow transaction speed of only 5 transactions per second (for comparison, Solana claims to be able to handle 65,000 transactions per second).

Optimistic rollups allow for low gas fees and greater scalability, but as a result, it also takes longer for the transaction to be recorded.

Zero-knowledge rollups ensure that transactions are executed faster-lower gas fees and are less vulnerable to attack.

Finally, the last blockchain layer (for now), layer 3. At this layer, the user interface of layer 1 or 2 blockchains is formed. It is the visual component through which users can use the dApps of blockchains. Layer 3 works on smart contracts, so as a user you will not notice anything about all the coding in the blockchain. In addition, layer 3 also has cross-chain (a transaction involving more than one blockchain) functionalities, allowing users to use data from different blockchains on one application. This component is somewhat similar to layer 2, where applications collect data and eventually send it to the main blockchain in one transaction.

Blockchain layers are components of the blockchain each with its functionalities. It helps one understand how blockchains are put together.

Layer 0: ensures that different blockchains can still exchange information with each other. All with the aim of increasing scalability and speed. An example of a layer 0 blockchain is Polkadot.

Layer 1: is responsible for validating transactions on the network. This layer can be considered the fundament of the blockchain. Examples of layer 1 blockchains are Bitcoin and Ethereum.

Layer 3: is the layer where the user interacts and is what they see. This layer can be used to create all kinds of applications such as dApps, games, and DeFI. Examples of layer 3 blockchains are Uniswap and Aave.