In our previous blog, we published our Top 10 most influential people in the world of cryptocurrency. One detail immediately caught our attention, the top ten consists of ten males. We contemplated adding women to the list, but it didn’t feel right to add them for that sole reason. The hard reality is that cryptocurrency is a male-dominated industry. Does that mean that there aren’t any women active in the cryptocurrency industry? Of course, there are! That is why are going to highlight five of them in today’s article. 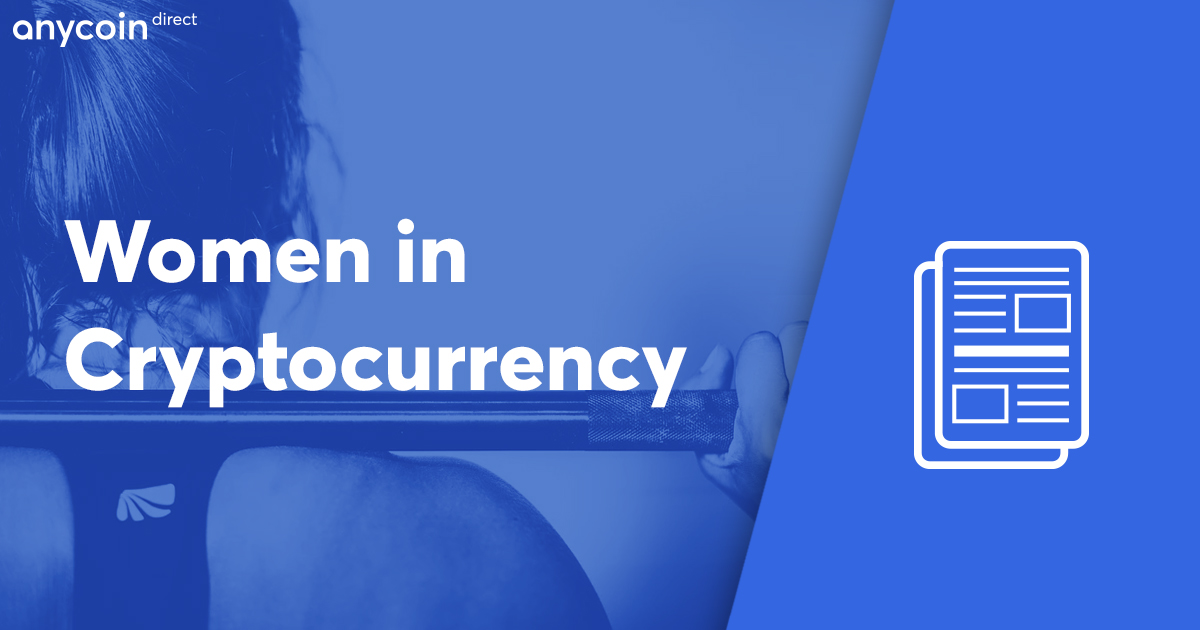 Elizabeth Stark is the co-founder and CEO of Lightning Labs. Lightning Labs are developing the Lightning Network, a layer on top of the current bitcoin blockchain that will enable instant transactions and immensely reduced transaction costs. Elizabeth is not only one of the co-founders, but the current CEO of the entire organization. Also, Stark is a member of Coin Center, the leading digital currency policy organization. Furthermore, she is an advisor at Chia, which is a company that builds a new blockchain protocol based on proof of space and time.

My talk on @lightning and why Layer 2 will be the HTTP of bitcoin and blockchains is out!⚡️ https://t.co/QFSzYnUi7J @BlockstackOrg

Meltem Demirors is an investor, consultant, and lawyer for cryptocurrency. Previously, Demiros was the director of the Digital Currency Group (DCG), one of the world’s top crypto investment companies. As a director, she formed the connection between the core operating areas of DCG. Nowadays, Demirors is the Chief Strategy Officer at Coinshares. Coinshares is a digital asset investment firm. As a chief strategy officer, she serves as a trusted partner to investors and entrepreneurs navigating the digital asset ecosystem. With her work at Coinshares, Meltem continues to be a gateway between cryptocurrency and institutional investors. Demirors also gave lectures about blockchains at the University of Oxford.

After Benartzi graduated from college, she quickly became engulfed in the world of software startups. She eventually co-founded Particle Code, a company specialized in automation for developers. It didn’t take long before she saw the enormous potential of cryptocurrency. This resulted in Galia becoming the co-founder of Bancor, a platform specialized in decentralized exchanges and solutions.

Gradually....and then suddenly :) The long-tail of tokens is (finally) coming to a blockchain near you. It takes many pieces for the full puzzle of decentralized money to come into focus, these are a few. #EOS @Bancor @Deweb_io #collaboration https://t.co/M1gCgFdU4d

Kathleen Breitman is the co-founder of Tezos, the current number 19 on CoinMarketCap. Tezos is an open-source decentralized network. In the past, Breitman was a senior strategy associate for R3. She also worked for companies such as Accenture, Bridgewater Associates, and The Wall Street Journal. Furthermore, Breitman is specialized in capital markets, finance, economics, and new ways to transact on the internet. Additionally, she announced Coase in May 2019. Coase is a digital collectible card game that runs on the Tezos blockchain.

This is one of the most thoughtful pieces I have read on CBDCs https://t.co/UGLmOU7Nr6

A popular business journalist in the crypto industry is Laura Shin. Shin covers topics such as blockchain, cryptocurrencies, and fintech. Additionally, she won the blockchain award of the most insightful journalist in 2016. When we take a look at Laura’s past, we can see that she was a former editor of Forbes, making her one the first mainstream reporter to cover digital currencies. Additionally, she worked for Newsweek, Wall Street, and The New York Times. Nowadays, Shin is the producer of the podcast ‘’Unchained’’ and ‘’Unconfirmed’’. In this podcast, Laura has different guests to gain more insight into the world of cryptocurrency. Shin is currently working on multiple books regarding cryptocurrency.