Build an existence in a virtual world, own land and trade your own creations as NFTs. The Sandbox has been making it possible for several years and has become one of the best-known and most successful blockchain-based online games. What is The Sandbox? And what can we expect from the SAND token in the coming years? 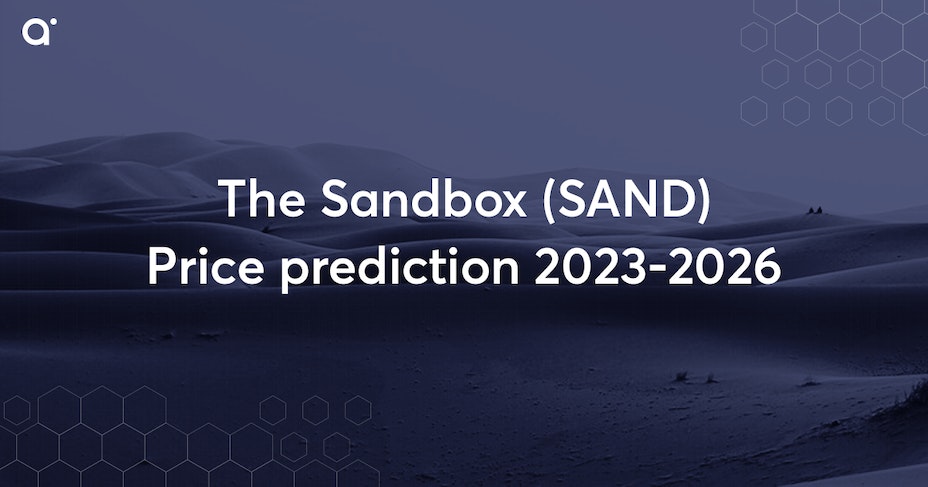 What is The Sandbox?

The Sandbox is an online game running on Ethereum's blockchain technology. The Sandbox is a 3D virtual reality world where players can meet. In the game, players can own pieces of land, on which they can then build. Each piece of land is a LAND token. This means that each piece of land is unique. The pieces of land and buildings can be converted into NFTs (non-fungible tokens).  NFTs are digital works of art stored on the blockchain. NFTs can be traded by players on The Sandbox marketplace and on other marketplaces, such as Opensea. In addition, landowners can charge rent to other players, who place games or structures on their land.

Trading in the game is done with The Sandbox's utility token called SAND. With the token, you can create NFTs, buy NFTs and sell them on the Sandbox marketplace. In addition, you can deploy SAND, to generate passive income. SAND holders also get to vote on important decisions on the platform.

The game is often compared to Minecraft. In particular, the game's blocky design and the ability to build anything you want resembles Minecraft.

The development of The Sandbox

The Sandbox did not start out as a blockchain-based game. In fact, the game was developed in 2012 as an app for mobile devices by Animoca Brands. The app has been downloaded more than 40 million times worldwide. In 2018, development of The Sandbox as a blockchain game began. With the development, the developers wanted to attract crypto lovers and non-crypto lovers. They wanted to do this with a unique concept in the gaming world, namely through ownership, digital scarcity and an in-game monetary policy.

Animoca Brands was able to fund the development of The Sandbox as a blockchain game by partnering with other parties such as Hashed, Square Enix and True Global Venture. They invested a total of $3.41 million. Meanwhile, The Sandbox has entered into more than 60 partnerships that further the development of the platform. These include collaborations with major brands such as the Smurfs, Dapper Labs (CryptoKitties) and Shaun the Sheep.

The Sandbox runs on Ethereum's blockchain. This means that all tokens developed by The Sandbox also work through the Ethereum ecosystem.

SAND is an ERC-20 token, which means the token uses Ethereum's ERC-20 protocol. That protocol allows developers to develop tokens that people can then send to each other using the Ethereum ecosystem. The SAND tokens can be collected by players by completing tasks in the game.  The tokens can then be spent in the marketplace. In addition, designers in the game can convert their creations into NFTs using SAND. They can then trade these in the marketplace in exchange for SAND tokens.

The pieces of land that can be acquired and managed in the game are linked to ERC-721 tokens. ERC-721 is a non-fungible token (NFT), operating on the Ethereum blockchain. With the ERC-721 tokens, players can own pieces of land in the virtual game as property and can do what they want with their land.

Tradingview makes short-term forecasts based on technical indicators, which indicate whether it is a good time to buy in the short term or not:

Technical Analysis for SANDUSD by TradingView

In November 2021, SAND managed to reach a price of $8.62 per SAND token. This is the all-time high of The Sandbox token. Compared to the all-time high, the token has fallen by more than 90%. We can see that the coin is highly dependent on the timing of the crypto market. Therefore, making price predictions remains difficult, as no one knows what external factors the crypto market will face. Nevertheless, there are companies that dare to make price forecasts using algorithms. Below we list what Tradingbeasts, Cryptopredictions and Digitalcoin expect from SAND in 2023, 2024 and 2025.

At Anycoin Direct you can buy SAND quickly and easily.