On 18 April 2022, YouTuber Coffeezilla posted a video about the fraud perpetrated by 'Scamcoin' SafeMoon by defrauding investors who believe in the SafeMoon story. In his video, Coffeezilla has collected evidence that SafeMoon is flawed and has defrauded people in various ways. 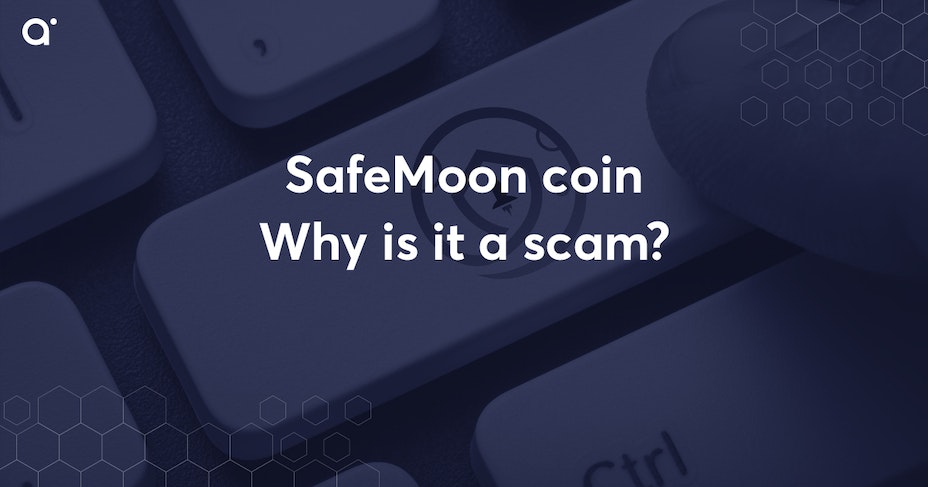 What is SafeMoon and how did it become popular?

SafeMoon was founded by a pseudonym named Kyle. Kyle has created tokens for SafeMoon before. An example of this is the token 'Give Me Your Money (GMYM)' and logically it failed very quickly.

Before founding SafeMoon, Kyle was a fan of a token called Bee Token (BEE). Especially the so called 'Tax' they use was liked by Kyle. Bee Token's tax is 5% of the purchase when executing a transaction. 3% of that is used as liquidity, while 2% is distributed among the users to discourage them from selling their tokens. Kyle liked the protocol so much that he copied Bee Token's protocol and made only two adjustments. He raised the Tax to 10% and changed the name to SafeMoon.

Pretty soon SafeMoon grew and with it the number of people working for or promoting SafeMoon. In particular, CEO John Karony (Cpt HODL), lead developer Thomas Smith (Papa) and a YouTuber who logically tries to expose exposers called Ryan Arriaga (Fud hound) are important figures during the scam. In April 2021, there was a lot of hype around SafeMoon and different influencers were used to promote SafeMoon. Among others, Soulja Boy and Afrojack started promoting SafeMoon, causing the SafeMoon price to reach its all-time high.  Even then, there was criticism, but those who dared to criticise were then harassed and hated by the 'SafeMoon army'.

The launch of SafeMoon coin

What stood out during the launch was that he felt it necessary to mention that a 'rug' (i.e. scamming investors) is not possible at SafeMoon. Why would the founder of a coin or token need to mention that a rug pull is not possible?  Also, 100% would be in the hands of the investors, which in practice is virtually impossible and has not happened. Looking back at this, it is debatable whether Kyle's intention is good.

The safety of SafeMoon

A second fake promise of SafeMoon's is that SafeMoon is safe for investors. SafeMoon would lock up 5% of the tax in the liquidity pool, so SafeMoon would not be able to access this. This phenomenon is called a 'locked liquidity pool' and allows investors to trade in SafeMoon tokens at a fair price, but more importantly it makes a rug pull impossible. Since SafeMoon is a copy of Bee Token and a rug pull is possible in that protocol, it should also be possible with SafeMoon.

Coffeezilla went to investigate and looked for evidence. In the video, he tells that twitter account #WARONRUGS concludes that SafeMoon is a scamcoin because 50% of the liquidity tokens are in the hands of the owner of SafeMoon. He could therefore pull out the liquidity at any moment. Later, #WARONRUGS would choose to perform a rug pull with his token called Fairmoon. Ultimately, there is also evidence that Kyle was constantly performing rug pulls, as SafeMoon tokens were sent to his personal wallet over an extended period of time, with a total value of $10.3 million.  The transactions clearly state that liquidity is removed, which was not possible according to SafeMoon.

The FUD surrounding the project

Around the exposers such as #WARONRUGS, a lot of FUD (Fear, Uncertainty and Doubt) was created about SafeMoon. FUD means that third parties deliberately post negative and often fake messages to discourage (potential) investors from investing in the coin. SafeMoon responded to the FUD by conducting a smart contract audit. A smart contract audit examines and assesses the smart contract code and whether it is safe for investors to invest in the project.

The auditors indicated that there were major vulnerabilities in the code. In response, SafeMoon stated that performing a rug pull would ensure that every member of SafeMoon would end up in jail and therefore a rug pull would never happen. Within a year of the audit, the FBI reportedly launched an official investigation into SafeMoon's dump and pump practices and intentions.

After the uproar over the audit, leadership of SafeMoon passed from Kyle to lead developer Thomas Smith (Papa). This man was called Papa by himself and by the SafeMoon army and is responsible for stealing over $100 million in SafeMoon during the migration of the liquidity pool from v1 to v2. During the migration, 'Papa' was supposed to transfer the SafeMoon and BNB in the liquidity pool to v2, but instead he kept the SafeMoon in his personal wallet while transferring the BNB to v2. He then sent parts of the SafeMoon to a wallet in BitMart and other untraceable wallets.

Unrest within the organisation

There was a lot of unrest within SafeMoon about the leadership style of SafeMoon's new CEO, John Karony (Cpt HODL). John told his employees he was open to doing a rug pull. His employees were not very keen on this and in the information collected by Coffeezilla, they do not mince their words. John Karony announced 'Operation Pheonix' and he is the only one from the organisation who talks about this. John is also the only one who can explain what operation Pheonix is and indicates that it is a combination of complex things to create an evolution.  For example, SafeMoon would develop, build and install a sustainable windturbine in Gambia. The windturbine would be more effective than existing windturbines due to black dots on the windturbine. Since John is the only one talking about the plan, it is questionable whether the plan will ever be implemented.

The most striking scam is surely to increase the tax from 10% to 100% to ensure that the use of v1 is stopped. As a result, investors logically lost 100% of their tokens during a transaction. The tax was sent to the liquidity pool. In total, SafeMoon stole $102 million from its investors.

A red flag that is still going on is the Bitmart construction. Coffeezilla comes up with a theory on how SafeMoon can pay its 90+ employees. This is because they have developed a construction on trading platform Bitmart that does not make sense. When people trade in SafeMoon on Bitmart, 5% of the tax goes via the developers to the liquidity pool instead of going directly to the liquidity pool. This is not only illogical but also traceable. Coffeezilla went to investigate and saw that John Karony received several large transactions from Bitmart. John was paid millions in Tether (USDT), part of which was sent from John's wallet to Kyle's wallet.

Coffeezilla has presented very convincing facts in his revelation that show that there are or have been persons within SafeMoon whose intention is to make money by scamming. People like Kyle, Papa and John Karony know how to influence the good faithful (SafeMoon army) and keep them dedicated to the project.