In the recent weeks a lot of news has been shared about crypto mixer Tornado Cash. They have been sanctioned and their use can even lead to a prison sentence. What is Tornado Cash and what is the reason for the commotion around the privacy tool? 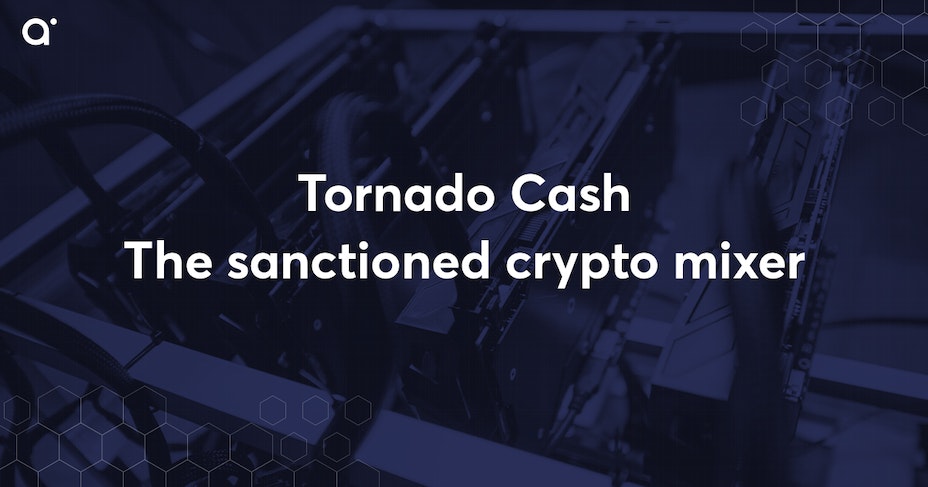 What is Tornado Cash?

According to the US Department, Tornado Cash failed to implement effective controls to prevent money laundering. Anyone who does use Tornado Cash as a US citizen risks a prison sentence of between 10 and 30 years and penalties of between $50,000 and $10,000,000.

Blender.io, another crypto mixer, has also been sanctioned. If you are an American and use the service, you can be criminally prosecuted.

There is much controversy surrounding the sanctioning of Tornado Cash by the US authority OFAC. On the one hand, crypto-opportunists feel that the sanctioning is a privacy violation, because many non-criminals also use Tornado Cash. The fact that the privacy tool is also used by criminals does not mean that normal users should not use it. There are plenty of users who want to make purchases they do not want others to know about. They do not believe that governments should be able to track all their financial spending. On the other hand, there are cryptocritics who use the situation to make their point. They think it is time to tackle the "wild west" of cryptoland and see this as the right decision.

There are two sides to the story surrounding these types of mixers. Besides criminal activities, there are also many good initiatives that make use of them. For example, Ethereum founder Vitalik Buterin used Tornado Cash to transfer millions to Ukrainian families affected by the war in order to protect these people by making them anonymous.

The arrest in Amsterdam

In June 2022, an investigation was launched by the Financial Advanced Cyber Team (FACT) of the FIOD (part of the Dutch tax authorities). They initiated a criminal investigation against Tornado Cash. The FACT suspected that hacker groups such as Lazarus were stealing money through hacks and then using the crypto mixer to funnel the money away. Tornado Cash managed to generate at least $7 billion in revenue, of which at least a billion dollars came from criminal activities, the investigation found. In addition, the individuals behind the organisation have made large-scale profits from the transactions, according to the FACT.

Slowly the facts are coming out. For example, SlowMist, which focuses on the security of the blockchain ecosystem, conducted research into stolen Ethereum. The investigation revealed that approximately 300,000 Ether, or 74.6% of the stolen Ethereum, is laundered via Tornado Cash.

From inside and outside the crypto world, there is increasing resistance to the sanctioning of the US authorities. There are arguments that the sanctioning goes against human rights. According to many, a smart contract or source code is comparable to writing a book. If you write a book, you can freely share your vision. The same applies to a source code. It remains neutral, no matter how it is used. This is supported by the fact that in 1996 the US Federal Court ruled that censorship of a source code such as Tornado Cash violates freedom of speech. After the announcement, resistance from the crypto world began to grow.

After the sanction, GitHub removed the archive of the Tornado Cash source code. Subsequently, the source code was placed in a new archive on GitHub by cryptography professor Mathew Green of Johns Hopkins University. As reason, he stated that the source code is used for research purposes. Among other things, his students use privacy protocols to learn the technologies. He indicated that the loss of the source code could be detrimental to scientific and technical communication. Co-founder of Ethereum and developer of Cardano, Charles Hoskinson agrees with the professor. He indicates this in a video on YouTube.

Crypto projects are also still resisting sanctioning. For example, the company Tether, founder of the world's largest stablecoin USDT, has stated that they have no intention of freezing the assets of sanctioned wallet addresses. Tether states that they only respond to concrete requests from authorities, but also indicated that OFAC has not yet issued a restraining order to stablecoin developers. As the company is based in Hong Kong, it is not clear if they will listen to the US authorities if they were to require Tether to freeze wallet addresses.