Weeks ago, we saw the price of Celsius drop by more than 50% in just a few hours. According to Celsius, they have liquidity problems. In response, they have halted payouts on the network, hoping that this will allow the network to stabilise. What is the reason for the crash and what are the possible solutions? 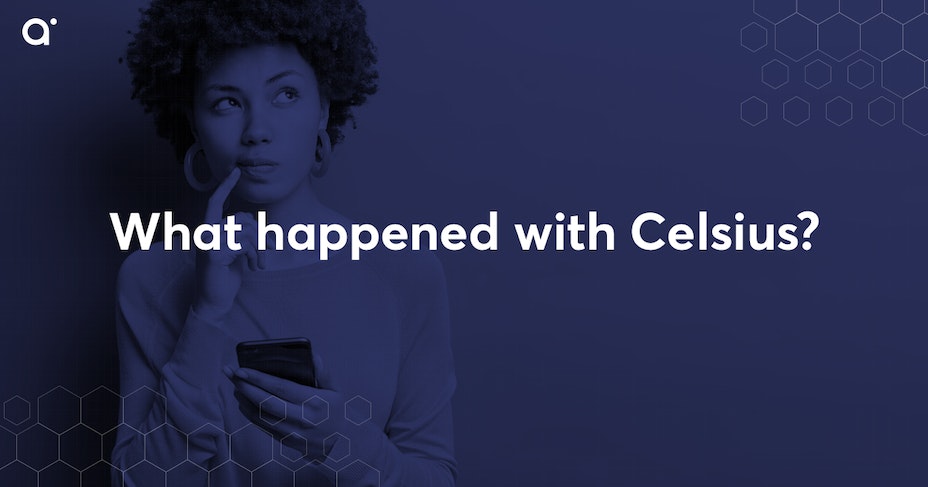 Celsius Network calls itself a bank replacement. This means that just like a bank, you can borrow money and get interest if you save crypto currency at Celsius. They are a CeFi (Centralised Financed) lending provider that works on a community-first mandate. 80% of the earnings go back to users in the form of interest. Users reportedly receive over 18% interest annually and the network has 1.7 million users. Also, users of the network can borrow crypto at low interest rates starting at 0.1% interest. This makes it possible to borrow money without high fees. The coin (CEL) linked to Celsius has grown rapidly since its launch to an ATH of $8.02 on 3 June 2021, but is currently worth more than 90% less.

Uncertainty in the community

Currently, the price of Celsius has fallen hard thanks to a collapse of the platform, which has caused Celsius to discontinue the ability to withdraw funds from the platform. The cryptocurrency community had already expressed its concerns several times in the months before the incident. For example, there were plenty of noises from people who thought that Celsius' network would not be able to pay out users when users wanted to withdraw assets from the network. This concern stemmed from the high interest Celsius pays out as a reward for storing crypto on the platform, leaving not enough liquidity to make payouts. To draw the comparison with a regular bank, at a bank you get a fraction of a percent, but at Celsius you get more than 9% for holding stablecoins.

How did Celsius collapse?

The Celsius network continues to function on the basis of lending money, for which they receive interest, and paying out savers. In addition, there must be liquidity left over to pay out users who withdraw money. Finding the right balance is important and complicated, because on the one hand you have to earn enough interest to pay out savers, but on the other hand you also have to have enough left over to pay people out when they make a withdrawal.

For a long time, the network worked well because people trusted crypto. There was enough liquidity and relatively little money was withdrawn from the platform. But recently the market has been going downhill, making people insecure and slowly wanting to transfer their crypto to FIAT currency. On top of this comes the collapse of Terra Luna in May due to liquidity issues. This raises questions in the community because Terra Luna is very similar to Celsius. As a result, we are seeing Celsius fall in value. This is where Celsius goes wrong.

Celsius cannot handle the pressure because, on the one hand, the value of the currency is falling, but also because they have locked in Ethereum in exchange for stETH to generate additional income. Celsius owns so many stETH tokens that it is almost impossible to exchange them with a counterparty, which creates liquidity problems. As a result, they have had to borrow crypto. Celsius borrowed crypto currencies such as Ethereum and USDC from major exchanges such as FTX and Bitfinex. The money they had to borrow caused the debt to rise so high that Celsius chose to stop paying out. As a result, the collapse caused Celsius to drop in value by more than 50% within an hour.

Bnk To The Future Capital is an online investment platform that offers qualified investors the opportunity to invest. The company owns 5% of the Celsius shares and therefore feels very committed to the project.

They therefore want to organise a shareholders' meeting on the basis of the legal shareholder rights, at which they want to present three possible recovery plans. CEO Simon Dixon is taking the lead in this. In an extensive interview with Digital Asset News, he explains why he feels called upon to help the victims. Because Bnk To The Future Capital has been hired to manage a $750 million funding round called series 'B', they want to represent the community. Therefore, before organising the equity meeting, they want to hear from the Celsius community on which recovery plan they think is most appropriate.

Bnk To The Future Capital has started working with other companies that have confidence in the proposal. There have also been discussions with the Board of Directors of Celsius. The proposal is ultimately only an advice and does not have to be followed.

Proposal 1: A restructuring to innovate Celsius by means of financial engineering, enabling depositors to benefit from some recovery.

Proposal 2: Organise a pool where influential Bitcoin whales invest in Celsius together with the community. This proposal is similar to the case completed for Bitfinex in 2016. At the time, part of the investments were used to allow customers to withdraw 75% of their balance, while the rest could benefit from a recovery in the future.

Proposal 3: Creating an operational plan that allows a new entity and team to rebuild and help depositors.

All three proposals are just possibilities, taking a dive into the unknown. There are always risks. For example, it is not certain that the recovery plans will ultimately ensure that investors get all or most of their money back. There may also be shifts in power that will affect smaller investors in particular.

Former DeFi strategist of Celsius takes them to court

Jason Stone former DeFi strategist and customer portfolio manager is suing Celsius for 'Ponzi fraud'. He founded KeyFi in 2019. The company focuses on stakingsoftware and DeFi strategies. The company was bought out and acquired by Celsius in 2020. Jason Stone was then given management of Celsius' 0xb1 account, giving him $2 billion including customer deposits. He was allowed to use this money to make 'strategic' investments in DeFi projects to generate more money. It turned out that he was not a good investor and lost money.

But according to Jason Stone, Celsius has several problems. For example, Celsius allegedly did not take responsibility when the 0xb1 account was losing money. The management could just follow the account, but did nothing. Celsius did not cover the risks properly and therefore incurred unnecessary market risk. On the other hand, Celsius blames Stone. They accuse him of theft because he caused a large hole in the balance sheet through his own actions.

Now Stone has sued Celsius for Ponzi fraud. One speaks of Ponzi fraud if the intention of the founders was that only a small group of investors would profit from price increases. According to Stone, Celsius used customer deposits to increase the value of a CEL token. This was done in an unreasonable way, which could be considered fraud.