Shiba Inu is a popular coin that received a lot of attention in 2021. We saw, among other things, that the coin reached an all-time high in 2021, only to fall again by more than 60% in value. We can therefore speak of a coin with major peaks (and valley’s). What can we expect from SHIB in 2022 and can the coin continue to develop? 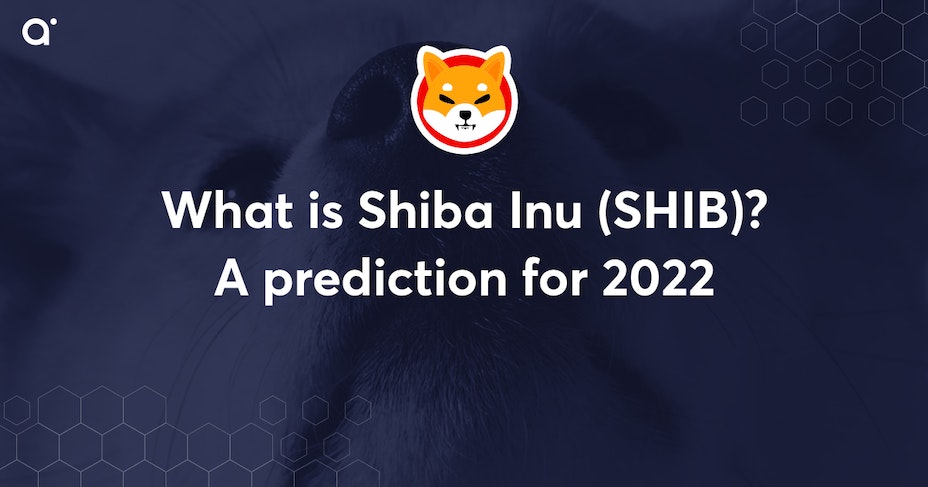 What is Shiba Inu?

Shiba Inu was founded in 2020 by an anonymous developer named Ryochi. He set up Shiba Inu as an joke and experiment, where the governance is done by the community. This means that users can democratically decide what should happen to Shiba Inu. Ryochi placed the token on a decentralised exchange (DEX) called Uniswap and invested 10 Ethereum on the ETH/SHIB trading exchange to provide liquidity. The liquidity enables mutual trading on the trading pair.

Shiba Inu is also known as the Dogecoin killer and is very similar to Dogecoin. Like Shiba Inu, Dogecoin started as a joke but has grown into a successful community driven token. Dogecoin, unlike Shiba Inu, is a coin, as they have their own blockchain. Both cryptocurrencies are also known as 'memecoins'. A memecoin is a coin which is based on a humorous image, video or thought and is mainly promoted on social media channels such as Twitter, Instagram, Reddit and Telegram. The reach is enormous, making such a coin quickly community driven.

What are the advantages of Shiba Inu over Dogecoin?

Dogecoin is almost an identical copy of the Bitcoin blockchain. This also means that Dogecoin has adopted the limitations of the Bitcoin blockchain. Dogecoin is a blockchain created solely for trading coins. With Shiba Inu, however, you can do more, as the token is built on the Ethereum blockchain. An important difference is that Shiba Inu can also be used to set up and finalise a smart contract. A smart contract is an agreement between parties. This is an important reason for its 'Dogecoin killer' status, as you can simply do more with Shiba Inu.

Shiba Inu has had a good year. 2021 was the year the price exploded. The first big price increase took place in March 2021 when Elon Musk tweeted that he was going to get a Shiba Inu as a dog. This tweet appeared to have a positive effect on the price of Shiba Inu, because suddenly the price rose by 300%. After this increase, Shiba Inu received a lot of publicity, which made the community bigger and bigger. After the peak on 28 October 2021, we saw the coin drop in value by more than 60%. The question you can ask: is Shiba Inu a token that is purely dependent on the community?

Shiba Inu has released several products since becoming a serious token and reaching the top 20 in CoinMarketCap. CoinMarketCap is a site that keeps track of all the data of cryptocurrencies, such as the market cap, value and number of coins available. Shiba Inu released a whitepaper called 'Woofpaper' in 2021 and launched Shibaswap in July 2021. Shibaswap is a decentralised exchange (DEX) where you can buy and trade SHIB tokens, generate passive income and trade in NFTs. The developers are constantly innovating and improving Shiba Inu. This offers hope for the future and shows that Shiba Inu is more than a memecoin and deserves a serious approach.

No major updates are planned for the year 2022, but by 2022 Shiba Inu will be burning SHIB tokens on a monthly basis. Token burning is a process where the developers send SHIB tokens to a dead wallet. A dead wallet is a wallet address that remains unused, causing the token to be taken out of circulation. One reason for burning tokens may be to reduce transaction costs. Another reason cryptocurrencies burn tokens can be to create scarcity. Often the burning of tokens has a positive effect on the price, because the supply becomes less while the demand remains the same. By burning SHIB tokens, Shiba Inu tries to create scarcity. They hope that the price will rise in the future.

In 2022 Shiba Inu will regularly burn tokens. Burning tokens often has a positive effect on the price because the supply becomes less while the demand remains the same. By burning SHIB tokens, Shiba Inu tries to create scarcity. They hope that this will cause the price to rise in the future.

Analysts use this fact when making price predictions. However, it is important to know that the price of SHIB is mainly driven by external developments. The past has also shown that Shiba Inu has risen mainly thanks to Elon Musk. The expectations we are about to share do not come true in most cases.

Digitalcoin expects Shiba Inu to rise to $0.0000148 per Shiba Inu token in the final months of 2022. They expect this based on their own algorithm. Tradingbeasts is more positive about the price development. Also based on their own algorithm, they think that the price of Shiba Inu will be $0.0000184 per SHIB token by the end of 2022. Gov Capital's technical analysis expects Shiba Inu to rise substantially in the last months of 2022 to $0.000059 per Shiba Inu. This seems to be able to happen only if Tesla starts accepting Shiba Inu as a means of payment.

Looking into the future is difficult. However, analysts are trying and are making price predictions through 2030. Below we share the views of Digitalcoin, TradingBeasts and Gov Capital who have made their analyses based on technical analysis. Again, we want to emphasize that price developments are mainly the result of external factors over which Shiba Inu itself has little influence. Therefore, do not take expectations too seriously.

Shiba Inu is a token that was founded as a joke, but has developed into a serious player within the crypto market by 2021. What the price prediction is for Shiba Inu in 2022 is difficult to say. In the past, the price has risen mainly due to statements made by Elon Musk, which gave the token a lot of publicity. Nevertheless, the developers of Shiba Inu have not been idle and have launched several products in 2021. For 2022, few new developments are planned and the developers are mainly concerned with the burning of SHIB tokens. Shiba Inu hopes that the burning of tokens will lead to a price increase in 2022.